Canada is the only democracy without restrictions on when a woman can request and receive an abortion.

When we look to European countries, which are often seen as more progressive than Canada, we observe that they understand very well that there is a need for protecting the rights of the child in the womb. The restrictions that are in place are not simply ‘policy guidelines’, like the Canadian Medical Association policy on viability of a fetus, but they are restrictions that are put in place and enforced by law.

In France, abortions are legal up to 12 weeks gestation (gestation begins at conception), but only if the woman is judged by her doctor to be in a ‘state of distress’ because of her pregnancy. After 12 weeks, an abortion can only be carried out if the continuation of the pregnancy poses a serious risk to the health of the woman, or if there is a strong possibility that the child in the womb will suffer from an incurable disease.

In Germany, the abortion procedure is also legal up to 12 week gestation but, as in France, with restrictions. The regulations state that abortion is allowed in the first trimester if the woman is declared to be in a state of stress. It is interesting to note that this determination is made only after a mandatory counselling appointment and a compulsory 3 day waiting period. Abortion is also available (without counselling) to women whose pregnancy has resulted from a sexual crime committed against them. Post 12 weeks gestation, German law allows for abortions only to avert the danger of a grave impairment of the physical or emotional state of health of the pregnant woman.

France and Germany, both secular-liberal countries, recognize the rights of children in the womb by having laws that protect those rights. They are just two examples of every other country in the Western world; they demonstrate in law an understanding that abortion should not be something that can be accessed without restriction.

For a more detailed summary of European Abortion Laws, see below.

Canada has a solid reputation in the international community as a country which holds to a very high standard when it comes to the rights of its citizens. Except when it comes to pre-born humans. For this vulnerable demographic there is no recognition of rights, no laws that protect their fundamental right to life.

UNITED NATIONS – RIGHTS OF THE CHILD

In 1991, the Canadian government ratified the United Nations Convention on the Rights of the Child (UNCRC), which they signed onto in 1990. The UNCRC, like the United Nations Declaration of the Rights of the Child which preceded it, is very clear in stating that the rights and legal protection of children are paramount in both born and pre-born children. The preamble from the UNCRC states, “Bearing in mind that, as indicated in the Declaration of the Rights of the Child, “the child, by reason of his physical and mental immaturity, needs special safeguards and care, including appropriate legal protection, before as well as after birth”. The 1989 Convention on the Rights of a Child that Canada signed onto is a binding agreement, that our country is in direct violation of.

Canada needs to adhere to the commitments made when signing the UNCRC. The lack of restrictions on abortion are not only way out of line with all other Western nations but are also an egregious infringement on the rights of children as recognized by the United Nations.

Canada has NO abortion legislation! 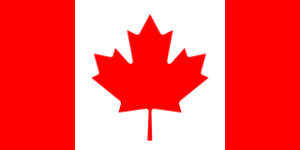 We need a LAW!

(based on research from the BBC)