John McKay is the Liberal member of Parliament for Scarborough-Guildwood. He wrote this column for the National Post on Monday, October15th. It is republished here with his permission. 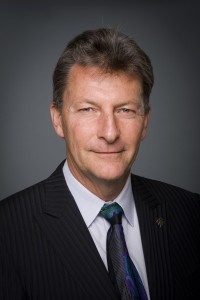 As MPs exited the House of Commons chamber after the crushing defeat of the motion to study Canada’s definition of a human being, I was struck by the sombre atmosphere. Usually MPs are quite chatty and boisterous after votes, as they head off to various receptions, meetings, etc.; not so that Wednesday night. It was as if someone had died. In fact, I said to a colleague it was like exiting a funeral. Conversation was muted. The shrillness that characterized the debate was silenced.

The motion was really nothing more than a carefully worded and quite innocuous attempt to fill a legal void left by the Morgentaler decision. The Supreme Court had anticipated that its decision would unbalance the law and the various rights claims, and therefore specifically asked Parliament to respond. But the rhetoric over the motion was amped up so much that it became a litmus test for one’s position on abortion rather than a discussion on when life should be recognized in law.

The presumption underlying civilized debate is that it be “civilized.” Harangues and mischaracterization of positions make civility almost impossible. I realize that this is the daily fare of our current Parliament, so I suppose one should not be surprised when Parliament proves itself to be incapable of rational decision making — even when handed an issue by the courts.

But let there be no mistake. This issue will be decided. It’s just that it will now be decided by someone else. Since Parliament has decisively removed itself from the debate, other institutions and people will fill the void in a less democratic, open, public and transparent forum.

The current state of the law is untenable. Physicians cannot be expected to abide by the contradictory directives to both provide abortions on demand for any reason at any time, and to personally refuse to do so in the last trimester. If an expectant mother is abusing herself and therefore her fetus with alcohol or drugs, how can a physician invoke the doctrine of “what’s in the best interests of the child?” when in the eyes of the law, there is no child to protect? The fetus is not recognized as a legal entity. How can the law or Parliament have anything to say about the odious practice of sex selection if the entity that’s being selected (or not) has no legal status?

The Supreme Court has now announced that it will hear an appeal on when a fetus is legally considered a human being. The question will necessarily be decided on a limited fact situation, which may or may not have wider precedential value. Regardless, it will be a piecemeal response likely to satisfy no one. In contrast, a parliamentary committee would have been able to hear a breadth and depth of evidence, which no court can possibly entertain.

Last week another motion was tabled in Parliament, this one on the practice of sex-selection. If the debate runs true to form, each side will vilify the other and MPs will duck and head for the exits, not wanting to get caught in the crossfire or worse still, be struck by friendly fire from their own partisans.

Parliament was asked to speak on when life begins, and it refused. Maybe at some level the sombre atmosphere exiting the Chamber reflected more than merely friends and colleagues being at odds with each other. Maybe it reflected MPs’ realization that they had just taken themselves out of a very important game.