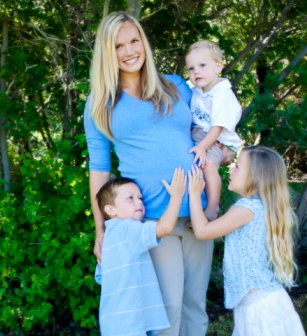 Canada is a great place to live and the envy of many in the world.We believe in the rule of law and have authorities that enforce it by determining what is right and wrong. The role of government is to restrain immoral behaviour by putting laws into effect that prohibit one individuals rights from being violated by another. In Canada pre-born human rights are not recognized and it’s legal to end their lives right up until the moment of birth. As members of the human family they have the same intrinsic value as those already born.

The SimpleMail letter below has two purposes:

Please read the letter below and follow the directions after clicking here.

*You will be able to edit the letter when it appears.

Thank you for your dedication and service! You have an important role as a member of the Government of Canada to ensure that justice is carried out and order is maintained; and to do this to the best of your ability.

The ongoing debate in our country about abortion is encouraging. I believe we have reached a new level of political maturity as we seek to find the best way to recognize pre-born human rights. As you  may know, Canada is one of only a few countries in the world without legal protections for children in the womb.  I encourage you to check out WeNeedaLAW.ca, a campaign which is mobilizing the majority of Canadians who agree that there is something wrong with the status quo of having absolutely no legal protection for the unborn.

As you work to implement justice in our land I urge you to remember that human rights must apply to all humans, regardless of age or size. The current debate indicates that most people have moved past the old arguments from days gone by. To quote George Jonas, author and National Post columnist, “Societies that restrict abortion don’t interfere with what a woman does with her own body. They interfere with what she proposes to do with someone else’s body. Few societies expect a woman to keep her baby if it’s inconvenient to her, but they do expect her not to kill it.” When a woman is pregnant there are two distinct individuals which  have their own individual rights that need to be recognized.

Honourable member, I am fully aware that Canada is nowhere near restricting all abortions. That said, we can certainly improve on the status quo that exists by coming into line with every other Western nation. I encourage you to work towards achieving justice for all members of the human family.

Much strength for your task!