Abortion has been engrained in North American culture for decades. Later this month pro-choice advocates in the United States will celebrate the 40th anniversary of Roe v. Wade, the landmark, January 22, 1973 decision by the US Supreme Court. Not to be outdone, abortion rights advocates in Canada are undoubtedly planning their own celebrations to commemorate the 25th anniversary of R. v. Morgentaler, the 1988 Supreme Court of Canada decision to strike down this country’s abortion law. 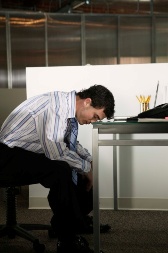 One may wonder why events that occurred forty and twenty-five years ago are still so vigorously debated today. You would think these two court decisions would have been relegated to the annals of history by now. Instead, you will be hard pressed to find a court decision more talked about, written about and dissected in the past decades than these two. So much so that TIME magazine saw fit to feature Roe v. Wade on the front cover of its first issue of the year, with a proclamation that abortion rights activists have been losing ever since that fateful day in 1973.

In spite of unfettered abortion being anchored in Canadian law for a quarter century, this country’s citizens continue to grapple with whether or not abortion is right simply because it’s legal. After all, history is rife with examples of injustices that were eventually corrected. One only has to recall the Dred Scott decision of 1857 and the Jim Crow laws enacted between 1876 and 1965 which denied blacks American citizenship, questioned their full personhood, and mandated segregation to observe that just because something is legal, it doesn’t make it right.

Social reform movements have played a major role in Canadian politics. From the ‘Furious Feminists’ of the seventies to the ‘Occupy’ and ‘Idle No More’ movements of today, societal ills will always engage large segments of the population. It’s no surprise that the pro-life movement and the push for pre-born human rights maintain a high profile in public discourse.

There are many reasons why the efforts of those who wish for this debate to be swept into the history books have failed. For one, the cognitive dissonance between what we know about embryology and what we believe about abortion rights is rapidly eroding. Two factors are contributing to this: First, scientific advances make it increasingly difficult to dispute the humanity of the pre-born child; and, today’s youth are unwilling to blindly follow in the dogmatic footsteps of their forebears. Rather, they are able to set the ardent pro-choice ideology aside and objectively look at the facts in order to make informed decisions. Second, the pro-life movement in Canada is changing. They have a greater understanding of politics and are beginning to realize that shifts in public policy only happen incrementally and when a majority of the population will support such shifts.

After twenty-five years of living with the status quo it may seem to some that abortion legislation is highly improbable. We don’t know what will transpire over the next twenty-five years, but what is certain is that the debate will continue. On one side, there will be those who argue that the value of life is not determined by government and certainly is not granted as an act of charity by the “choice” of another human being; the value of life is intrinsic and the rights of one individual should never be used to neglect or destroy the rights of another. The proponents of this position will be confronted by those who believe that a woman’s right to kill her pre-born child is paramount and the rights of the fetus ought never to be recognized in law.

My belief is that truth will prevail and a quarter century from now Canada will have addressed the injustice of abortion. The cries of “My body, My choice” will undoubtedly still be heard, but the cognitive dissonance will break to the point where we will no longer stand alone as the only democracy in the world without legal protection for children in the womb.