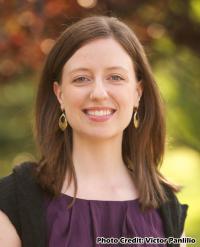 By Stephanie Gray (republished with permission)

On the back of yet another tragic case of human pain and suffering, some abortion advocates try to push through their agenda of widespread access to killing the littlest amongst us.  The recent health problems of a pregnant woman and her pre-born child in El Salvador have been drawing worldwide attention—and some abortion advocates are riding on that attention to legalize something both unethical and unnecessary. Just like with the recent controversial pregnancy cases in Ireland and the Dominican Republic, in El Salvador, legalized abortion wasn’t, and isn’t, the answer either.

In this most recent case, a 22-year-old woman identified only as Beatriz, was pregnant with a baby girl who had anencephaly.  Contrary to some reports which said the baby was “born without a brain,” the little girl did have a brain, albeit a damaged one (she had only a brain stem).  She lived for five hours after her recent birth by cesarean section which is proof that she had a damaged, not nonexistent, brain (otherwise she wouldn’t have lived for the brief time she did).

The controversy surrounding Beatriz’s pregnancy should in no way have revolved around her baby girl’s likelihood of death post-birth, for surely those who will live longer don’t have a right to kill those who will live shorter.  Surely when one has only a brief time left with loved ones nearing death, one would maximize the little time that’s left, not minimize it.  Surely if grief would be borne at the child’s death post-birth after a full gestation of pregnancy, grief would be borne at the child’s death unnaturally through abortion earlier in pregnancy.  But there is a great difference between grief resulting from a loved one dying naturally, and grief resulting from a “loved” one being forcibly killed.  If we believe in fundamental human rights, then being “damaged” or “disabled” doesn’t nullify those basic rights.

So what was the problem?  The fragile health of the mother, Beatriz.  Reports say she suffers from lupus and kidney failure.  As a result, abortion advocates were clamoring for Beatriz’s “right” to an abortion.  But abortion is not the response in this tragic scenario.  First, as The Edmonton Journal reported, “A majority of judges on the high court rejected the appeal by Beatriz’s lawyers, saying physical and psychological exams by the government-run Institute of Legal Medicine found that her diseases were under control and that she could continue the pregnancy.”

Therefore, while closely monitoring her pregnancy was in order, abortion was not.  It is worth pointing out that Beatriz has a second child—a 1-year-old, and although reports say that that pregnancy was a dangerous one, it is nonetheless proof that with careful monitoring and medical care, both lives can be respected.  Understandably, though, if Beatriz’s very life was in danger—not because the child had anencephaly (which would not endanger the mother’s life), but because of her own health conditions, then it is ethical to address her medical condition but not directly kill the child, appealing to the Principle of Double Effect.

The Ethical and Religious Directives established in the United States for Catholic Health Care Services provides thoughtful guidelines that respect both lives:

“47. Operations, treatments, and medications that have as their direct purpose the cure of a proportionately serious pathological condition of a pregnant woman are permitted when they cannot be safely postponed until the unborn child is viable, even if they will result in the death of the unborn child.

49. For a proportionate reason, labor may be induced after the fetus is viable.”

Recently, Beatriz’s baby was born, not via induction of labour but via C-section.  This occurred after viability (at 27 weeks), and if that action was taken for a proportionate reason, it is ethically acceptable.  No abortion warranted.