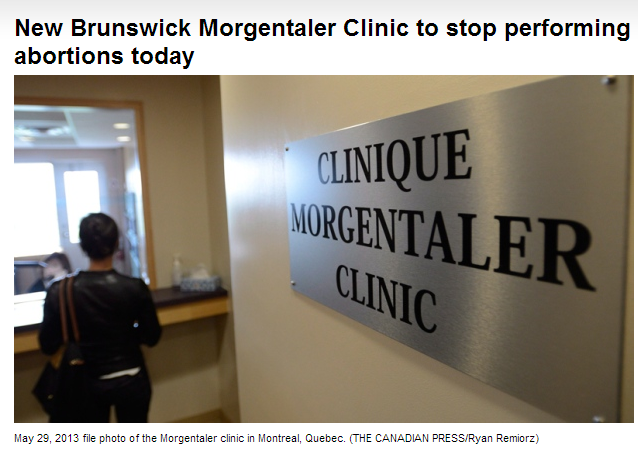 It is a sad day for abortion advocates in Canada. After more than 20 years of operation, today will be the last day the Morgentaler Clinic in Fredericton, New Brunswick will end the lives of pre-born children.

Even in spite of a crowd funding effort that reportedly raised more than $100,000 the clinic will close its doors for the last time at the end of the month.

The province of New Brunswick has become a battleground in recent months with pro-choice advocates demanding the government remove Regulation 84-20 which stipulates that a pre-born child can only be killed with public money if the act is carried out in a hospital and has been approved by two doctors. Meanwhile, pro-life activists have been encouraging Premier Alward and his government not to capitulate to those demands. Provincial governments have the constitutional responsibility to regulate health care, which the courts say includes the regulation of abortion.

It remains to be seen if the clinic’s closure will lower the number of lives ended in New Brunswick, but as the forceps and suction machines are used for the last time today, we celebrate a small achievement.