Many of you are aware that recently the British Parliament voted 181-1 in favour of making sex-selective abortions illegal. This is a huge success for those advocating for pre-born human rights. At the same time it is only a small step towards the protection of human rights for all human beings. As Kristen Hatten writes here, making only sex-selective abortion illegal may send a message that misogyny is a worse crime than feticide. Is one form of abortion worse than another? It’s a legitimate question to ask. 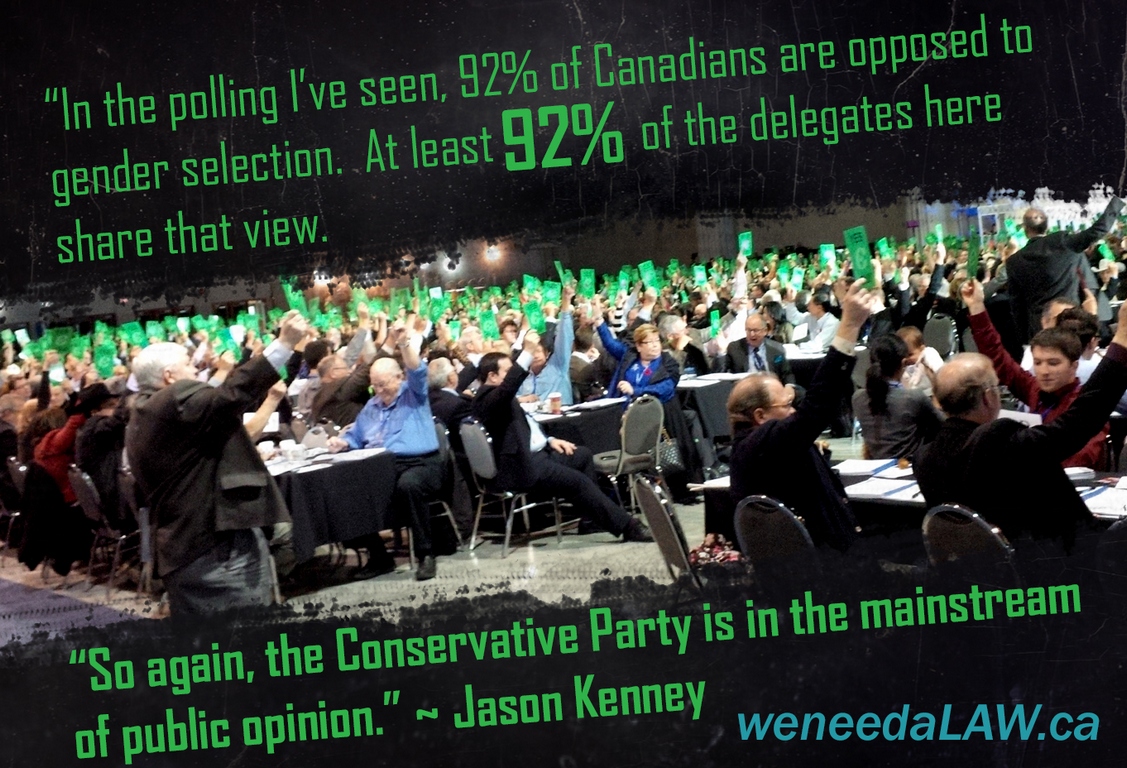 Sex-selective abortion is not unique to China and India. It has become a global problem that Canada also needs to take action against. We know where the Liberals and NDP stand on addressing this discriminatory practice – they do not really care about it – but the Conservatives have taken a solid position against gendercide. At their most recent convention they voted overwhelmingly in favour of condemning sex-selective discrimination.

It is time for us to begin pressuring the Canadian government to make sex-selective abortion illegal in our country as well. Please do your part and send this email to your MP today!