Michelle Lemire is not happy. She has been friends with Cassandra Kaake since they were both three years old and now her friend is gone. Last December Cassandra was brutally murdered [and left for dead] in a Windsor, Ontario home. Her murder is a tragedy, but she wasn’t the only one who lost a life that night. Her baby girl Molly was killed in the attack too. Yet Cassandra’s daughter, though recognized as a child, is not recognized as a “human being” under Canadian criminal law because she had not yet exited her mother’s womb. And because of that legal deficiency, no murder charge will ever be laid against the person who took Molly’s life. 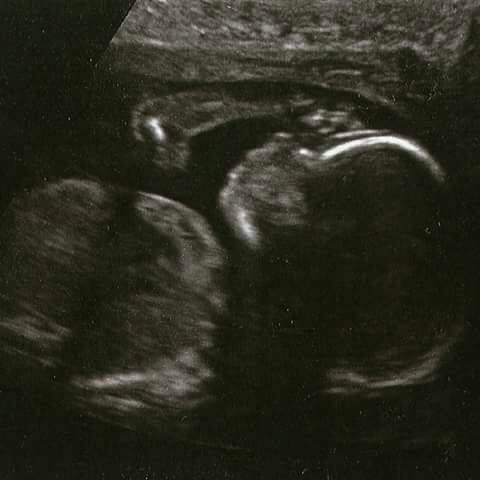 Ms. Lemire, along with many other Windsor residents want Canadian law to recognize pre-born children as separate victims when they are injured or killed when a criminal act is perpetrated against a pregnant woman. While there is broad support for a pre-born victims of crime law there are still a few shrill voices who, because of their fascination with abortion (which is completely unrelated) will do everything possible to prevent justice being served for Molly and other pre-born victims of crime.

Ms. Lemire recently responded in the Windsor Star to a University of Windsor law professor who published an article in which he downplayed the need for a pre-born victims of crime law. She wrote:

As a friend of Cassie Kaake since we were three years old, I take offence to David Tanovich’s column. In his desire to avoid any discussion surrounding the rights of wanted pre-born children, he suggests that society just needs to address the root causes of the tragedy that took the life of my friend and her baby, Molly.

I wonder if Mr. Tanovich thinks we should do away with other laws, too? Maybe we shouldn’t punish rapists, either. They don’t need jail time. We just need to figure out what caused them to rape someone and address the root causes. Of course, this is nonsense.

Mr. Tanovich, as well as anyone else opposed to justice for Molly, needs to realize that an unborn victim’s law addresses violence against pregnant women and their children. Awareness and education are important but without a law, the purposes of criminal sentencing cannot be met.

Harsh penalties for causing injury to, or the death of, an unborn child are a much-needed deterrent to committing violence against pregnant women. Furthermore, such a law is a societal denunciation of unlawful, heinous conduct.

And without an unborn victims of crime law, our courts cannot fully promote a sense of responsibility in offenders and foster an acknowledgment of the harm done to victims, their families and society.

As with many injustices affecting Canadians, a combination of addressing root causes coupled with the enactment of laws is required. In fact, of all people, you would think a law professor would know that the main task of the government is to use the law as a tool to punish and deter violent criminals.

Ms. Lemire has also launched a national petition. It is posted on her newly created Facebook page and we have uploaded it to our website.

It is also attached in PDF format below this article. Please print it, gather signatures, and bring to your MP or mail to Michelle (her address is included on the bottom of the petition). You may print extra copies of the second page of the petition to gather more signatures, but please note, subsequent pages must be sent along with the first page.

Pre-born human rights matter and we need to help the Kaake family as they pursue justice for pre-born victims of crime! The support that has been building in Windsor now needs to expand across the country so that our politicians can ignore this no longer!