That title is a direct quote from a woman opposed to a recent flag display at the University of the Fraser Valley in Abbotsford, BC. Mikaela Collins, a counter-protestor and vice-president of the university’s Feminist Initiative, accused the display of the “shaming and intimidation of women and other uterus owners”.

While we all continue to ponder who those other uterus owners might be, exactly, it is important to note that the local newspaper tied the event to a free speech debate. The flags represented the approximately 100,000 abortions happening every year in Canada – not a small number, and something we all contribute to with our tax dollars, so why the reluctance to talk about it? 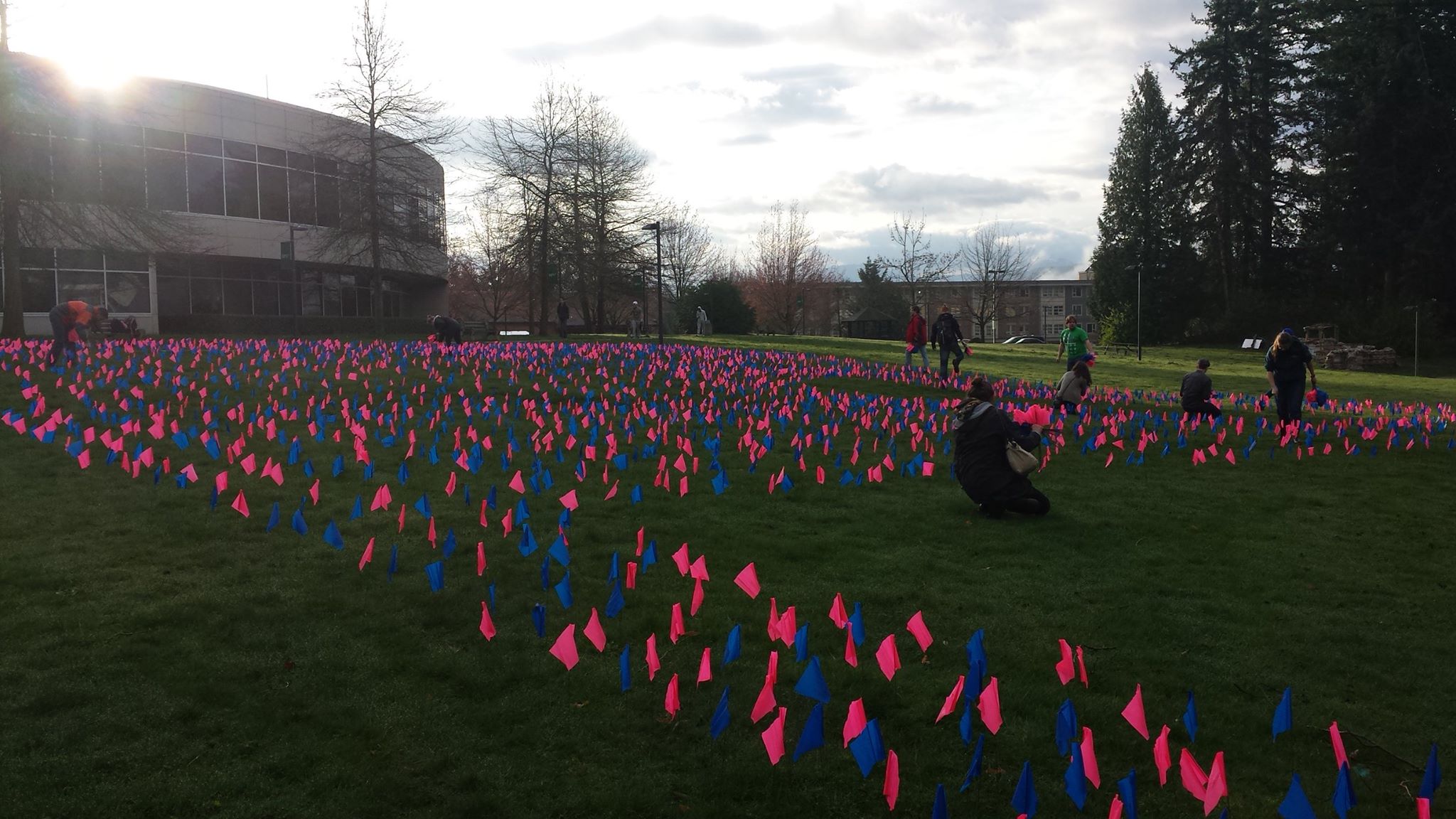 The focus on appropriate free speech, and the related pro-censorship attitude of staunch pro-choicers, is a familiar paradox. The pro-abortion view can be spread freely and loudly, while the pro-life view is something to be quickly silenced. This shows the lack of confidence pro-abortion activists have in their position, as they are not even willing to talk about it openly and reasonably. If they really thought about it, how could a common, publicly-funded medical service possibly fall under something questionable to talk about, especially at a university which encourages debate and the open exchange of ideas?

I cannot think of any other common medical procedure that would be considered inappropriate for discussion on a university campus, or anywhere else for that matter. There are heated debates in some forums about, for example, the value or vaccinations for children, yet no one fights to silence those debates or threatens action based on stigma or discrimination. We have major community and national events organized around our hearts, breasts and colons, among other things. Surely our uteruses are not so different.

It is great to see the UFV administration firmly promoting intellectual liberty as well as UFV Life Link standing up so openly for the human rights of children in the womb.

Tagged: events,flag display,free speech,Pro life flag display,prochoice,University of the Fraser Valley, Thoughts or Feedback? We’d love to hear from you!