This week, tens of thousands of Canadians will leave their homes and jobs and spend part of their day marching. The annual, nationwide March for Life draws bigger crowds every year; people of all ages coming together to bring attention to the fact that Canada is the only country in the world with no legal protections for children before they are born.
The March for Life is a visible cry for protection of the vulnerable, and, like dozens of other public demonstrations that occur on the Parliament Hill lawn and at Legislatures across the country, it comes with a wide spectrum of signs, banners, and speeches. 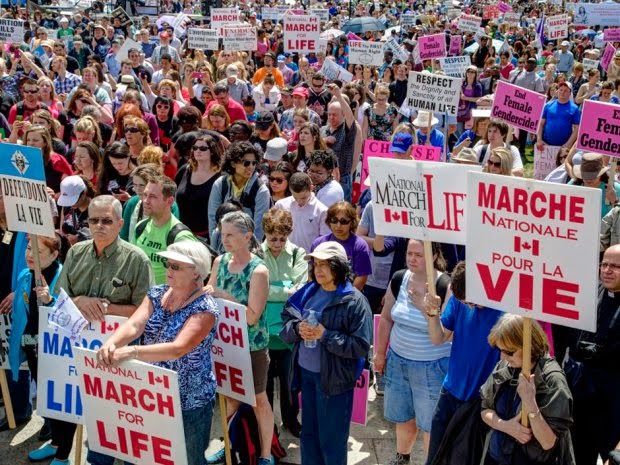 While peaceful and relatively brief, the March for Life makes the issue of abortion very visible on our streets, meaning our children may have some questions. We are uniquely uncomfortable with the topic of abortion, especially when it comes to talking about this topic with children.  Frequent mention is made of how pro-life groups “unnecessarily expose” children to graphic information regarding abortion.  However, little is said about graphic exposure to other topics such as family illness and death, or the “soft porn” of lingerie ads coming in the mail.
This hypocrisy over what we are willing to have our children “exposed” to says a lot about the issue of abortion.  It could be argued that the challenges presented by abortion rise above topics such as terminal disease, crime and war because of the deep moral implications and the impact our answers will have on the children asking the questions.
There is absolutely no way you can explain abortion to a young child and make it sound ok. Sure, you can tell them it’s not really a baby until it’s born, but how does that jive with your excitement over the pregnancy of a family member who tells everyone they are having a boy? You can tell them it is really only a blob of tissue, but how can they reconcile this non-baby with ultrasound pictures you have saved of them in the womb? You can try to tell them it’s about convenience, or career, or commitment, but you will know exactly what they are wondering: Am I an inconvenience, a chain holding you back from the life you would rather be leading?
The same trouble arises with arguments of bodily autonomy, or the dependence of the pre-born child – the very children asking may still be very much dependent, and very much a limit on your bodily autonomy. Perhaps you’re willing to switch to the topics of rape and incest as possible good reasons to have an abortion. If you’re already uncomfortable talking about the realities of abortion, though, you likely don’t want to go there. If you do, let me assure you that their young instincts are highly tuned to justice being meted out to the appropriate instigator. Killing the baby does not right the wrong done to the woman, as much as we might wish that were the case.
There are few things sadder than explaining abortion to children. But if parents aren’t willing to do so, along with necessary reassurances to understandably-shaken children, those messages from others can be incredibly damaging both to their own self-worth and the value they will place on their future children. Children instinctively understand that abortion is a story of disposable children. It makes no difference to them whether that baby is born or still in the womb– every pregnancy they’ve ever been aware of has been very much referred to in terms of the baby involved. To these children, pregnancy and babies are inextricably linked, as they should be.
There is no reason children shouldn’t know about abortion. Just as we didn’t shield them from great-grandpa’s cancer, or the war in Sudan that led to new classmates with vastly different life experience than their own, we cannot shield them from the reality of the number one cause of death in Canada.
Abortion advocates, often so inconvenienced by children, suddenly have a use for them, painting them as innocent victims exposed by pro-life groups to topics beyond their understanding – rhetoric likely to be on display during and following this week’s March for Life as well. The fact is, children understand abortion very easily, and very well. 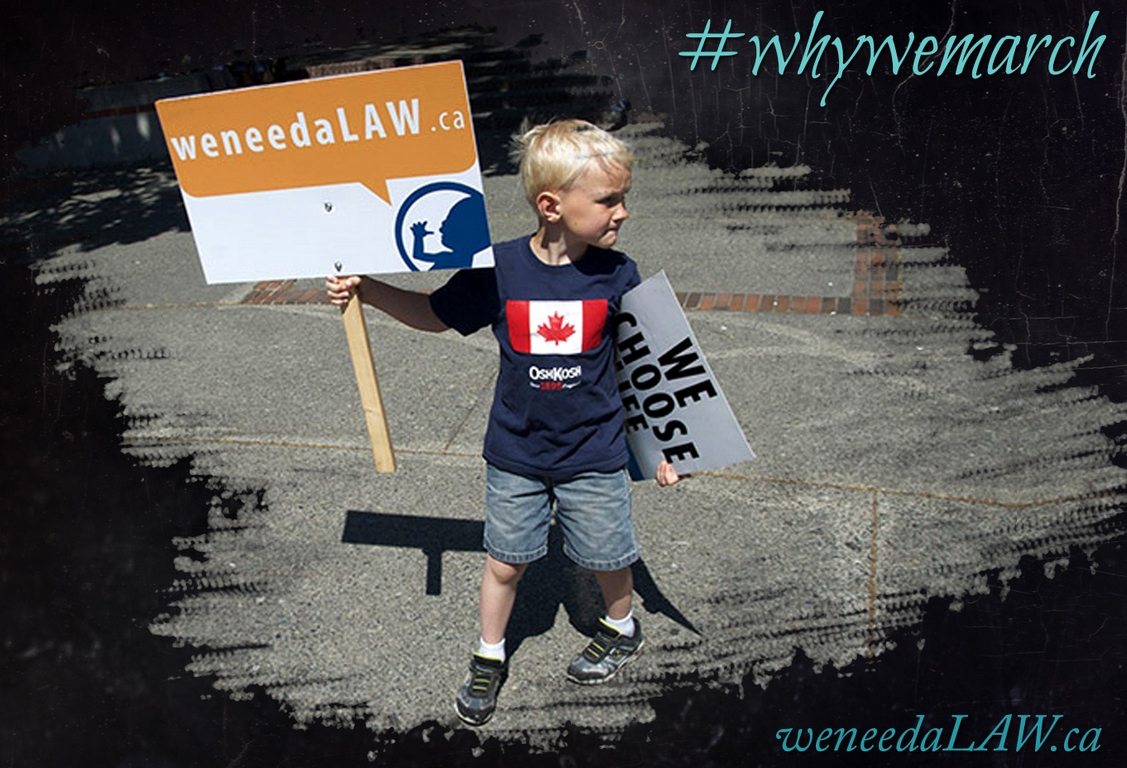 Pro-life groups are the only ones talking about it in front of children because they’re the only ones with a leg to stand on. Pro-abortion groups don’t care about leaving the innocence of children unsullied – they simply have nothing to say that children will be willing to believe, and they know it.
This week tens of thousands of Canadians – men, women, and children, will join the March for Life around Canada. Every one of them understands the injustice of abortion, and the right to life it destroys. Rather than worry about who’s hearing the message, let’s worry about who is not, and make every effort to spread the message far and wide every other day of the year as well.
Tagged: abortion,Canada,March for Life,Parliament,prolife, Thoughts or Feedback? We’d love to hear from you!