The gulf between Canada and the USA’s treatment of pre-born children is widening, to Canada’s shame.

This week President Trump re-enacted the Mexico City Policy, an order that ensures U.S. foreign aid will not subsidize abortion overseas. This is leadership on behalf of the voiceless. It is also the fruit of many years of hard work by American pro-lifers. 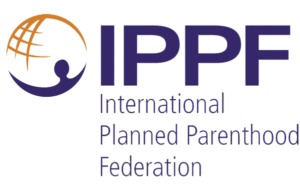 So how is Canada responding? Shockingly, our federal government is talking with the Netherlands and other nations to step up to the plate and raise $600 million to bail out programs run by International Planned Parenthood Federation!

Understand this correctly – Canada’s government is now actively exploring opportunities overseas to contribute even more of your tax dollars towards the killing of pre-born children.

Readers may recall that a signature component of former Prime Minister Stephen Harper’s Muskoka Initiative – a funding agreement for maternal, newborn, and child health, was that the money Canada contributed could not be used to facilitate abortions in third-world countries. Simply put, abortion is not health care. It is the taking of life.

Upon taking office in 2015 the Trudeau government immediately said that they would reverse this policy. The mandate letter sent to International Development Minister, Marie-Claude Bibeau asked her to ensure that that aid for maternal, newborn and child health “is driven by evidence and outcomes, not ideology, including by closing existing gaps in reproductive rights and health care for women.”

The message from Prime Minister Trudeau is clear: 100,000 abortions in Canada is not enough.

We know Trudeau is unabashedly pro-abortion. But where is the Opposition on this? Where are organizations that exist to stand up for Canadian taxpayers? Where are those who work so hard to protect genuine human rights? What does your MP think about this? Will anyone speak up?

We are not going to be silent while our government is using their position of authority and our finances to eradicate life at home and abroad. Will you join us in standing up? Next week we will be rolling out a campaign to speak up – and we will be looking to you to join us in this. Be ready for action.