When the horrors of the Holocaust became public in the 1940s, eugenics faded to the background. But once again we are witnessing science being manipulated in an attempt to create a more “perfect” society. 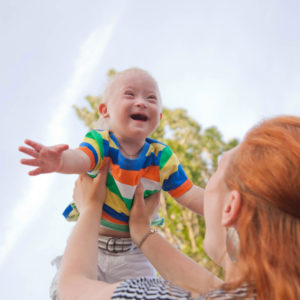 New developments in prenatal monitoring certainly can be seen as positive although this latest news from the United Kingdom is less than encouraging. As reported by LifeNews.com there has been a 34% increase in the number of abortions on babies with Down syndrome since a new genetic test became available in 2011. From the article:

Although most of the medical community praises the new screening, fetal medicine specialist Dr. Bryan Beattie, aired a different perspective on the testing. He said, “The real issue next, in around two or three years’ time, will be an ethical one – where do you stop? Do you screen for breast cancer genes, for Huntington’s – or taking it a step further, test for eye and hair colour?”

Canada is not immune to this either and we ought not deceive ourselves. This technology is being used as a tool for eugenics, in an attempt to “improve” society by eliminating less-than-perfect pre-born children.

LifeNews.com interviewed Hayley Goleniowska, a mother of a child with Down syndrome. She said, “I fear it will lead to a larger abortion rate of babies with Down’s. In quieter moments I weep to think of what we could lose. Women need unbiased information – it’s not the test that worries me, it’s how it is implemented.”

Events over the past one hundred years have shown us what happens when taking the life of another human being is justified under the guise of eugenics. If Canada is going to give human rights more than lip service, we can tolerate modern-day eugenics no longer.