Nova Scotia is the latest in a series of provinces moving ahead with a “bubble zone” around abortion clinics and doctors’ offices. Bill 242 moved rapidly through the provincial legislature, finding support from all parties. The bill is called the Protecting Access to Reproductive Health Care Act. “Protecting access” in this context means keeping pro-life voices away. 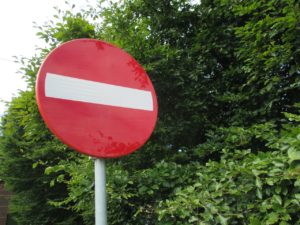 These bubble zone laws continue to be implemented in the complete absence of real complaints against the pro-life presence around abortion clinics. It is generally agreed that the demonstrations or prayer vigils are peaceful. It is not the actions of those present that garners criticism: it is the message. They claim the very message that a pre-born child is a human being is what makes women feel intimidated or harassed, even if it is only displayed silently on a sign.

In a committee hearing prior to the new law being introduced, both pro-life and pro-choice groups were given the opportunity to speak. While a pro-life representative spoke about the peaceful nature of the protests, and the need for freedom of speech, the focus from the pro-choice presenters was on how women seeking abortion (and the doctors providing them) feel when they have their decisions questioned.

Dr. Melissa Brooks, an abortion provider and clinic director in Nova Scotia, sees the bubble zone as necessary because of what pro-life protestors represent: the opinion that abortion is a wrong choice. That opinion, it seems, is not one that can safely be shared with women who are considering an abortion.

So why do those advocating for bubble zones continually focus on the shame women feel when confronted with a pro-life presence? Do we feel shame about doing what we believe is right? Shame comes from a pricked conscience. Shame is not something pro-life protestors can “make” women feel. These women are making a moral choice. If they feel shame, it is not because someone disagrees with their choice, but because at some level they recognize their choice is wrong.

Abortion is a choice. A choice that is easier, maybe, than the very hard choice of parenting. Simpler, maybe, than dealing with the relationship consequences of keeping a pregnancy. Faster, certainly, than carrying to term and giving a child up for adoption. But, morally and ethically, it has the power to make people feel shame because it is shameful to say that your choice is worth more than someone else’s life, that your future is worth wiping out someone else’s future.

Another bubble zone goes into effect in Canada, limiting free speech. It isolates women from a message that may stop them from making a choice they will deeply regret. It isolates them from information and support during one of the most difficult decisions of their lives. So maybe it makes access to abortion feel a little easier to some. But what abortion providers, abortion seekers and lawmakers need to realize is that a bubble zone will never be effective in making the feeling of shame go away.