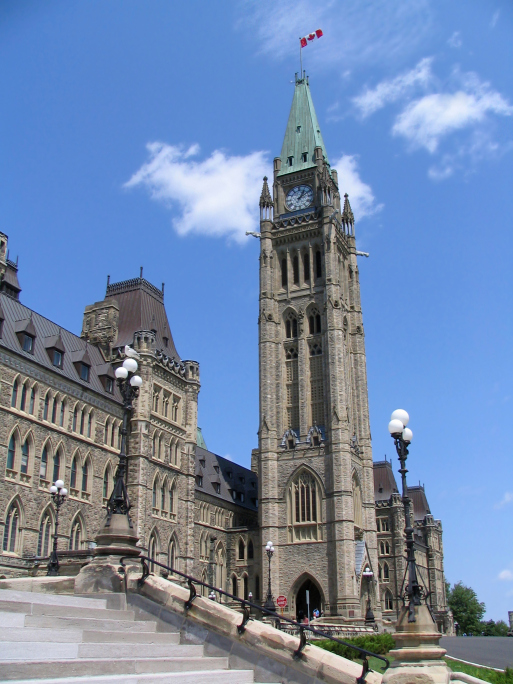 When Canada was constituted as a nation in 1867, abortion was strictly prohibited. After the halfway point of the 20th century there was increased public pressure to decriminalize abortion. The notable groups that led this push were the Globe and Mail, the United Church and the Canadian Medical Association.

In late 1967 then Prime Minister, Lester Pearson, indicated that his government was going to introduce an Omnibus Bill that would, among many other things, liberalize the existing abortion laws. This bill was dropped when an election was called in the spring of 1968. No sooner had Prime Minister Pierre Trudeau taken office then his new Justice Minister, John Turner announced that the government was going to re-introduce the Omnibus Bill.

On May 9, 1969 the Omnibus Bill passed in Parliament. The new legislation kept abortion as a criminal offence under Section 251 of the Criminal Code, but the parameters used to decide when a woman could request and receive an abortion were relaxed considerably. Prior to the passing of this bill, an abortion was only legal if the ‘life’ of the mother was in danger. Section 251 was now changed so that abortions were permitted if the ‘health’ of the mother was compromised. If a woman wanted to have an abortion she could apply to a Therapeutic Abortion Committee (comprised of three medical doctors), which would rule whether or not the abortion was medically necessary to maintain the woman’s health.

Since “health” was not clearly defined, the Therapeutic Abortion Committees began authorizing almost all the applications they received. As a result, abortion became the second most common surgical procedure in the country.

As Canadians began living with the reality of legalized abortion, it became apparent that a united effort was needed to combat the prevailing culture of the day. Pro-life groups and organizations began popping up all across the country. These groups had a strong emphasis on both providing support for women who were experiencing unwanted pregnancies and on educating the public as to what abortion was. Not only did they engage in this important work, they also took their concerns directly to the government. Alliance for Life, a national pro-life group initiated a petition campaign that became known as the “Petition of One Million” in which they collected 1,027,425 Canadian signatures asking for full legal protection of unborn children. The petition was tabled in the House of Commons on May 29, 1975 and was soundly ignored by the government led by Mr. Trudeau.

It was during this period that Dr. Henry Morgentaler began challenging Canada’s abortion laws. Dr. Morgentaler performed abortions illegally and on March 15, 1973, he went so far as to publically announce that he had personally performed over 5,000 abortions since 1968. Over a period of almost two decades Dr. Morgentaler challenged abortion laws in various provinces. This culminated with the infamous R. v. Morgentaler case heard by the highest court in the land, the Supreme Court of Canada. The result was that the Court ruled 5-2 that Section 251 of the Criminal Code violated Section 7 of the Canadian Charter of Rights and Freedoms. More information can be found here, but it’s important to note that the Court did not say that women had a constitutional right to abortion. Rather, the section was struck down on procedural grounds; the law could not be applied equally across Canada and so it violated the security of the person guarantee found in Section 7.

Immediately following the Supreme Court ruling there were several attempts to introduce a new abortion law. All of these failed, including a piece of legislation that would have criminalized abortion except in a case where the mother’s health was threatened; that law passed through the House of Commons but was defeated in the Senate.

Since then, every government has vowed not to re-open the abortion debate, and each one has stayed true to their word.

In 2007, Ken Epp introduced Bill C-484, the Unborn Victims of Crime Act, which would make it a separate crime to kill a child in the womb while committing a criminal act against the mother. The bill passed second reading, but died when Parliament was dissolved due to an election call.

Rod Bruinooge introduced Bill C-510, Roxanne’s Law, which would have made it a criminal offence to coerce a women into procuring an abortion. This bill was defeated on its first vote.

In December 2011, Stephen Woodworth went public with his intentions of putting forward a motion that would have required an all-party parliamentary committee to investigate the definition of what is a human being. In September 2012 Mr. Woodworth’s motion was put to a vote in the House of Commons and it failed to receive enough support to proceed into law.

Following Motion 312, Mark Warawa introduced a motion to condemn sex-selective abortion. Unfortunately his motion failed to even make it into the House of Commons as it was deemed non-votable by a parliamentary sub-committee.