In order to proceed with an informed discussion about abortion law in Canada, it is a prerequisite that the correct facts are known. There are common myths surrounding this issue that have, unfortunately, prevented rational debate.

We discuss 5 of these myths below and invite you to read through them. These myths need to be understood. The facts about abortion have been hidden for too long, and thus abortion has become tolerable to many Canadians. It’s time to expose the appalling reality that Canada has NO abortion law. Abortion is currently legal through all nine months of pregnancy, and Canadians find this morally unacceptable!

If you are interested in reading more, visit abortionmyths.ca.

Canada already has a law!

In most discussions regarding abortion it is inevitable that one of the parties will state, “Don’t we already have a law?” In fact, an Angus Reid poll in 2009 found that 92% of Canadians assume there is federal legislation restricting abortion. A subsequent poll by Angus Reid in 2010 revealed that 43% of Canadians wrongly assume that abortion can only be performed in the first trimester of pregnancy. The reality is that Canada is the only country in the Western world where abortion is legal throughout all nine months of pregnancy, and outside of the Western world only North Korea is in a similar position.

In 1988 the Supreme Court of Canada struck down section 251 of the Criminal Code. They ruled that the old law was unconstitutional on procedural grounds, such as unequal access to hospitals performing abortions and therapeutic abortion committees.

Since then, several attempts have been made to pass an abortion law. These have all failed and consecutive governments have vowed not to re-open the abortion debate. Thus far all have stayed true to their word.

Although abortion is legal in Canada throughout all nine months of pregnancy, there are some who will try and convince us that a law restricting late-term abortions is not necessary because they rarely happen anyway.

While the numbers are difficult to ascertain because the reporting requirements of clinics and hospitals differ across the country, we do know that late-term abortions are common in Canada. In 2010, there were 22,668 hospital abortions for which gestational age was reported to Canadian Institute of Health Information. Of those, 846 were done from 17-20 weeks gestation, and 537 were done after 20 weeks. In 2010 the Canadian Institute for Health Information reported a total of 64,641 clinic and hospital abortions. (It is important to note that these numbers are not accurate, as British Columbia submits incomplete data and Quebec didn’t submit any figures). Of the submitted total, 41,973 have an “unknown” gestational age and thus, we have no idea how many late-term abortions are carried out each year. What we do know is that Canadians find late-term abortions morally unacceptable. A 2011 Environics survey shows that when asked specifically when they’d like to see abortion illegal, 77% of Canadians responded with “in the last three months”.

Late-term abortions do happen. All our international counterparts have laws preventing this outrageous violation of human rights, and it’s time that Canada had a law restricting them as well.

Fetal abnormality is a legitimate reason for abortion of the child in the womb.

It is commonly understood that if, during prenatal testing, it is determined that the child has either a physical or mental handicap, then they are better off aborted. To accept this, a person must also accept that certain people are less valuable than others and their lives are not worth living; that society would be better off without them. This amounts to nothing short of a serious act of discrimination against people with disabilities. Abortions carried out because of perceived disabilities deprive the world of unique and precious individuals. When a woman discovers that her child in the womb will face exceptional challenges she will have many questions. Instead of encouraging her to end the life of her child through abortion, she should be surrounded with supportive measures and assistance to enable her to provide the special care required for her child when it is born.

Attempts to create a perfect society by destroying those who are less than perfect leaves all of us vulnerable – because we are not perfect. We need to pursue medical solutions to help those with unique challenges, not abort them based on eugenics.

Rape is a condition that justifies abortion.

Rape is an act of violence against an innocent woman, and she needs to be treated with deep compassion and an enormous amount of support. If a pregnancy results from such an assault it can, quite understandably, be a terrifying and confusing situation for an already traumatized woman. There will likely be those who encourage her that abortion is the best option for her, but they fail to acknowledge the psychological consequence that the innocent woman will unnecessarily endure. The solution to one horrific crime is not to commit another horrific one. The stories of women who have had an abortion after a sexual assault indicate that they felt as if they were being raped all over again. Listen here for one woman’s testimony.

It’s also a wrong assumption that all women who conceive a child through rape want an abortion. There has been very little research in this area, but one of the studies done by the Elliot Institute show that 69% of 192 women who became pregnant as a result of sexual assault continued the pregnancy. In one study, women who carried their babies to term, although frightened at first, felt they had done the more positive thing by giving their children life; they felt they had turned something awful into something good (Mahkom and Dolan, “Sexual Assault and Pregnancy,” New Perspectives on Human Abortion, University Publishers of America [1981], pp. 182-199). A woman who tries to face any sort of crisis pregnancy alone is at risk. Whatever the circumstances of her life, each woman deserves support and proper care throughout her pregnancy and beyond, to prevent more harm from being done either emotionally or physically.

A Woman has a Right to Control her Own Body 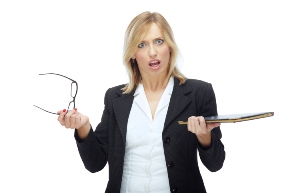 Canadians have been led to believe that we don’t need a law because no one, and surely not the state, has the right to tell women what they can or can’t do with their bodies. There are numerous things wrong with this line of thinking. First of all, no one has an unequivocal right to do whatever they want with their body. You have the right to swing your arm in whatever direction you want, but the moment your arm comes into contact with someone’s face, your right to swing it ends. So also, Canadians have a right to consume alcohol, so long as they don’t choose to do it while driving a motor vehicle. The point is that in order to maintain a civilized society, we rely on the state to tell people what they can and can’t do with their bodies. It’s what makes us free!

The second error in saying that a woman has a right to control her own body is that there are two bodies involved. This is not simply someone’s opinion, it’s scientific fact. The discussion about abortion is not only about women’s rights, it’s about balancing those rights with the rights of the child as well!

Since the Supreme Court of Canada decision in 1988, the abortion debate has always been framed as a women’s health issue or a women’s rights issue. But, the Supreme Court didn’t say that women have a constitutional right to abortion. What they did say was that the old law was unconstitutional in that it didn’t provide equal access to hospitals performing abortions. And, in fact they clearly stated that it was up to Parliament to come up with a new law, which would balance the rights of the child in the womb with that of the mother.

The majority of Canadians agree with the Supreme Court of Canada and want Parliament to enact abortion legislation. It’s time for an abortion law in Canada!

Tagged: myth, Thoughts or Feedback? We’d love to hear from you!