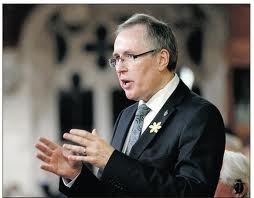 Motion 312 will be debated in the House of Commons for the second time on Thursday, June 7th. Your Member of Parliament needs to hear from you and so we’ve prepared a new SimpleMail letter to send. Even if you’ve sent the first one, or better yet, had a face-to-face meeting with your MP, we want you to take the few minutes and email this one as well! It’s critical that they hear the message loud and clear that Canada needs to have this debate! For more info on Motion 312 click here.

You can view the letter below. Whenever your ready, just click the SimpleMail icon on the left and follow the 3 simple steps to send it to your MP, the Justice Minister, Honourable Gordon O’Connor, and the leaders of each party.

It has been several months since Mr. Stephen Woodworth, Member of Parliament for Kitchener Centre introduced his private member’s motion regarding the definition of a human being.

There are 3 things that I would like to bring to your attention as you approach the second hour of debate and subsequent vote on Motion 312.

First, it is undemocratic to suppress debate. Mr. Woodworth is simply asking for a committee to re-examine the definition of human being using 21st century science. As respected journalist Andrew Coyne recently stated in a widely published article, “The idea we can’t debate abortion is unworthy of a democratic country” (National Post, April 27, 2012). One indication that this is a living issue among Canadians was the high profile coverage by the mainstream media of the recent National March for Life. Even the Toronto Star got in on the discussion! A symbol of a free and democratic society is that the open expression of ideas is welcomed and embraced, especially by our elected officials.

Second, I ask that you consider the consequences of refusing to have this debate, or voting against Motion 312. What if Canada is wrong? What if the definition we have in our Criminal Code section 223 is incorrect? What if all this time, we’ve been denying personhood to those that are actually persons? Need I remind you that it has happened before? There are dark blotches on the history of mankind, where certain people, often vulnerable people, were denied personhood. We both know how wrong that was and how difficult the road was to correct that evil. The late Martin Luther King, Jr. once said, “Never forget that everything Hitler did in Germany was legal”. Honourable Member, just because something is legal, it doesn’t make it right.

Third, please vote in favour of Motion 312. This issue, which is foundational for how we deal with all citizens, goes to the core of our humanity. How are we going to treat those members of our society who aren’t able to speak up for themselves? It’s lamentable that we haven’t learned from history. We can’t ignore this issue any longer; it’s not going away. You have an opportunity to play a large role in ensuring that we correct this grave human rights violation and I ask that you support Motion 312 when it comes up for a vote within the next few weeks.