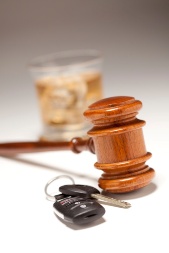 Canada should do away with its drunk driving laws. We no longer need laws prohibiting this activity. In fact, the laws that are in place are ineffective (because people break them anyway). And enforcing them places an incredible financial burden on governments already strapped for cash.

A much better solution would be to toss the laws and let people use their own better judgement as to wether they were impaired or not. And, if there was any concern about members of the public being unable to choose for themselves as to how many drinks they could consume prior to getting behind the wheel of a car, we could provide them with guidelines for assistance. If need be, we could even host an education program at the local community centre.

What do you think? Good idea? Who needs laws anyway?

Canada has laws against drinking and driving for good reasons. Laws restrict certain behaviours and punish those who disobey them. Through legal restrictions the state decides what we can do with our bodies, and in a sense, laws grant people freedom.

You can imagine how terrifying it would be to drive the streets of your town or city knowing that drunk driving was legal. Although some people do indeed break laws, generally speaking, we feel safe knowing that certain harmful actions are restricted by the authorities.

A recent debate in the House of Commons has prompted many discussions in mainstream media and the blogosphere about another law. An abortion law. Even though Motion 312 introduced by Conservative MP Stephen Woodworth would have no bearing on Canadian law whatsoever, pro-choice groups have brought out all the artillery to oppose this common sense suggestion by Mr. Woodworth.

Among the many reasons given for not having this debate is that there is no need for a law, as the Canadian Medical Association (CMA) already has guidelines in place. Joyce Arthur, executive director for Abortion Rights Coalition of Canada (ARCC) went so far as to dedicate an entire portion of the ARCC website to counter arguments to Motion 312. One of these arguments states, “Doctors abide by a Canadian Medical Association policy that recommends abortion on request only up to 20 weeks gestation.”

Now, it’s true, the CMA has guidelines in place which set the viability of the fetus at twenty weeks. But that’s all they are, guidelines. And the latest statistics from the Canadian Institute for Health Information reveal that they’re not working. Even though reporting is incomplete due to secrecy policies in some jurisdictions (less than ¼ of the abortions reported divulged the gestational age of the child), the stats show there were 537 abortions post 21 weeks gestation in 2010. Clearly, guidelines are not preventing viable fetuses from being aborted.

Just as we would never settle for guidelines when it comes to drunk driving, we shouldn’t when it comes to the lives of innocent, pre-born children. Without laws that prohibit driving under the influence of alcohol many innocent people’s lives would be violently ended. So also, without laws prohibiting late term abortions, viable pre-born children are also having their lives violently ended.

Canada needs an abortion law. Every other democracy in the world recognizes that guidelines don’t suffice, and therefore has legal protections in place.