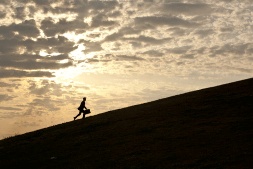 I am very thankful to Mr. Woodworth for courageously putting Motion 312 on the table and for his willingness to promote it as well as answer any and all questions concerning it. He is to be respected for his work.

The defeat of Motion 312 in the House of Commons this afternoon is not the end of a conversation. Rather, it should be seen as a huge step forward in the ongoing debate regarding the status of children in the womb.

It’s common knowledge that discussion concerning the rights of pre-born children has been going on for decades, and I am greatly encouraged that Motion 312 has taken the debate into the House of Commons

In R. v. Morgentaler (1988), the Supreme Court of Canada urged Parliament to create laws restricting abortion. While there have not been many opportunities to discuss legal protection for pre-born children since 1988, the debate surrounding Motion 312 has shown Canadians and their leaders that we can indeed discuss this sensitive issue.

Many pundits have said Motion 312 has been a “debate about having a debate”. The past nine months have shown it is possible to have a country wide dialogue, even if the subject matter is sensitive. Human rights issues are never easy to discuss. As society becomes further educated, we’re not always comfortable with what needs to be done with the new-found knowledge. Due to advances in science the humanity of the pre-born child has never been clearer and we will continue to push for the recognition of pre-born human rights.

Some pro-choice MP’s are convinced that Canadians have moved on from this issue. NDP MP’s Niki Ashton and Irene Mathyssen have been most vocal in their belief that human rights should be denied for children in the womb. I’m not sure that these women realize they are among a few extreme members of the pro-choice movement who continue to demand abortion on demand for any or no reason through the entire gestational period.

In reality a majority of Canadians don’t support the status quo and want restrictions in place. Most people are uncomfortable being in the same league as North Korea and China when it comes to pre-born human rights. Every Western nation has abortion laws. There is no doubt that the issue is controversial in those nations too, yet they have the political maturity to openly discuss it. Canada is the odd one out in its zealous refusal to even consider a discussion about pre-born rights. Thankfully, we now know that the discussion can be held and this campaign will continue to advocate for those who can’t speak for themselves.