*This article first appeared at www.stephenwoodworth.ca and is republished here with Mr. Woodworth’s permission.

Note:  The following account is intended to be entirely fictional.  Resemblance to any persons, living or dead, is entirely coincidental. 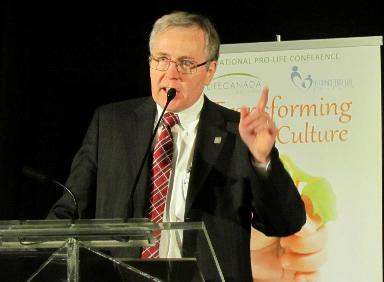 After years of being stonewalled by an aviation establishment entirely enamoured with ballooning and which was completely unwilling to consider alternatives, he fell into deep thought.
“Perhaps I could find some other issue to pursue on which a majority of Canadians could agree,” he wondered to himself “Could I find some aviation principles on which we might find a consensus?”

After serious analysis, he came up with some aviation principles he felt might be acceptable to everyone.  He suggested a process to study the principles of fixed-wing aircraft to determine whether or not they should be pursued.  He suggested that the study consider whether or not existing legal prohibitions against fixed wing aviation were consistent with early 20th century aviation science and understanding.  He pointed out that Canada was one of only a few advanced nations to completely protect ballooning against fixed wing development.

The engineer protested that ballooning and fixed-wing aviation were not necessarily inconsistent with each other, but the balloonists ignored him.

He pointed out that something wasn’t right if balloonists felt they needed to pretend that fixed-wing technology didn’t exist.  They still ignored him.

The balloonists lobbied against his proposed study on the basis that their minds were made up that ballooning was better than fixed-wing aviation, they knew they were right, and so dialogue and review of modern aviation science would be a waste of time.  They argued that ballooning was simply better as it existed, period, discussion over.

Finally, the balloonists pointed out that existing Establishment views supporting the ballooning industry had only been established after long and difficult public debate, and that “re-opening” that debate should be avoided since it would provoke passionate or even divisive comment.  The engineer’s reminder that the right to study fixed wing aviation had been explicitly preserved and allowed for when protection of ballooning first became popular with the Establishment, was ignored.  The engineer knew that these existing differences between fixed-wing technology and ballooning would actually be brought to resolution by his proposal for dialogue and study, but he was ignored.

Many balloonists took to social media, publishing vile and insulting slanders against the engineer and misrepresenting his proposal.  He was not deterred.

Members of Parliament who spoke against the engineer’s proposal focused entirely on the necessity of protecting ballooning.  Not one even mentioned the subject of fixed wing aviation.  Not one questioned the aviation principles proposed by the engineer.  They expressed a single-minded preoccupation with ballooning to the exclusion of any consideration of wider aviation principles.  A number of professional aviation associations, filled with balloonists, were told that the engineer’s proposed study was about ending all ballooning and were in that way induced to pass resolutions condemning him and his proposal.

In the end Parliament defeated the engineer’s proposal, setting back the cause of fixed-wing technology in Canada for a time.  Clear-thinking people were amazed that a modern democracy could accept such a result, turning its back on modern aviation principles.

Now do you understand the relationship between Motion 312 and abortion?