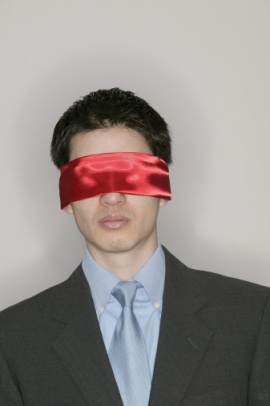 Much to the chagrin of Canada’s abortion apologists, the debate over pre-born human rights in Canada has ramped up considerably in the past year. Some paranoid conspiracy theorists attribute this to the fact that the Conservatives finally have their coveted majority and the mythical socially conservative agenda they have been keeping secret is finally seeing the light of day. Others, I believe rightly so, point to last year’s debate on Motion 312 as the genesis to a more open and factual discussion on Canada’s abortion status quo.

The 18’th century German philosopher Arthur Schopenhauer once noted that, “All truth passes through three stages. First, it is ridiculed. Second, it is violently opposed. Third, it is accepted as being self-evident.” The Overton Window is shifting to the point where Canadians are now openly discussing the legal status of the pre-born child. As this occurs we are beginning to see evidence of the opposition spoken of by Schopenhauer. The scientific and logical truth about the humanity of the pre-born child is indisputable and so, rather than defend the indefensible, Canada’s leading pro-choice advocates are working hard on two fronts. First, they are vigilant in preventing the facts surrounding abortion statistics from becoming public knowledge. As recently revealed by blogger Pat Maloney, accurate information is difficult to secure and the gestational age of most abortions is never divulged. Ms. Maloney says, “We don’t know how many abortions are being done in Canada every year. We don’t know how many abortions are late-term. And we don’t know the reasons women are having abortions.”

Second, as fetal rights become a more acceptable topic on the public agenda, these pro-choice advocates are constantly attempting to obfuscate the facts that we already do know. Anyone with access to the internet can, with a few clicks of their mouse, find out that Canada is only one of three countries which has no restrictions on abortion whatsoever. And yet, whenever this fact is quoted, the pro-choice crowd starts crying foul by saying this is not the case at all and go on to cite a few unenforceable guidelines from the Canadian Medical Association which recommend abortion only up to twenty weeks gestation. The fact is we are in the same company as perennial human rights violators North Korea and China. We have no law! Oh yes, we have guidelines. But even from the limited information we have on the gestational age of aborted children (less than 25 % of abortions reported divulged the gestational age) we can see that these guidelines aren’t working.

This status quo is an international embarrassment on a number levels. All European countries, many of which are seen as more socially progressive than Canada, have restrictions on abortion. France and Germany, both secular-liberal countries, recognize the rights of children in the womb by having laws that protect those rights. Canada is also guilty of transgressing agreements it has entered into. In 1991, the Canadian government ratified the United Nations Convention on the Rights of the Child (UNCRC), which they signed in 1990. The UNCRC, like the United Nations Declaration of the Rights of the Child which preceded it, is very clear in stating that the rights and legal protection of children are paramount in both born and pre-born children. The preamble from the UNCRC states, “Bearing in mind that, as indicated in the Declaration of the Rights of the Child, “the child, by reason of his physical and mental immaturity, needs special safeguards and care, including appropriate legal protection, before as well as after birth.”

“Facts do not cease to exist because they are ignored,” said Aldous Huxley, author of Brave New World. The fact is Canada is the only Western nation without any legal restrictions on when a woman can request and receive an abortion. The time has come for Canada to do stop ignoring this fact. Pre-born children have rights in every other democracy in the world; it is time they had them in Canada too.