National Post columnist Andrew Coyne, after attending the 2013 Manning Networking Conference, observed a disconnect between the conservative movement and the Conservative Party. He wrote , “Cognitive dissonance is a term from psychology describing the state of mind of a person who holds two contradictory beliefs at the same time.”

Cognitive dissonance is also a term that has been used by pro-lifers for years now to describe the current state of affairs of abortion regulation in Canada. It is the goal of those in favour of pre-born human rights to break down this cognitive dissonance by which many Canadians, despite knowing what science and embryology reveal about the pre-born baby, still support the status quo of no legal protection. 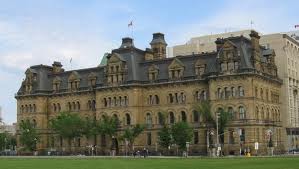 Polls over the past number of years indicate a clear shift in how we view this status quo; the cognitive dissonance is crumbling for the majority of Canadians. A 2011 survey by Abacus Data found that 60% of Canadians believe that children in the womb should be protected at some point. In 2012 a poll commissioned by Postmedia News and Global TV found that 60% of us support abortion being restricted to the first and second trimester. And just this year a poll conducted by Environics on behalf of Life Canada concluded that nearly 80% of Canadians aged 18-29 believe the pre-born child should receive legal protection in the last trimester. So why no change? Should not our country’s policy reflect our public opinion?

The campaign I am directing had an exhibit at the Manning Networking Conference and in all my conversations on the floor of the Ottawa Convention Centre there was no one who affirmed the status quo; all expressed a level of discomfort with Canada standing alone among Western nations with no protection for pre-born human rights. There is common ground among conservatives, yet, as Coyne aptly notes, “They have been rewarded with a ban on even discussing [abortion].”

The release of “The Big Shift” by John Ibbitson and Darrell Bricker surely has Mr. Harper and those close to him feeling emboldened to continue making incremental changes to shift Canada to the right.  That the so-called ‘Laurentian elites’ no longer run the country may be of some comfort to grassroots conservatives, but the growing disconnect between so-called ‘Harperism’ and conservatism is of great concern and the quiet can only last so long.

While the cognitive dissonance still exists for some voters who cling to an ideology that ignores what science and philosophy have to say about the humanity of children in the womb, there is a huge shift underway in Canada in how we regard pre-born human rights.  The numbers of those opposed to the status quo, especially among Canada’s youth, are growing. We are witnessing a youth movement unwilling to blindly accept the dogma of the previous generation and who are making decisions informed by science and reason. They are displaying a passion for responding to injustices, manifested by the sheer numbers of young Canadian women and men involved in the battle for the protection of all human beings, no matter their location.

Just as Ibbitson and Bricker write how the “Laurentian elites” no longer control the levers of power, pro-choice advocates no longer own the language surrounding the rights of pre-born children. As Harper’s Conservatives start up the re-election machine they would do well to recognize the growing groundswell of support for a restriction on abortion and reform the cognitive dissonance in their own minds.