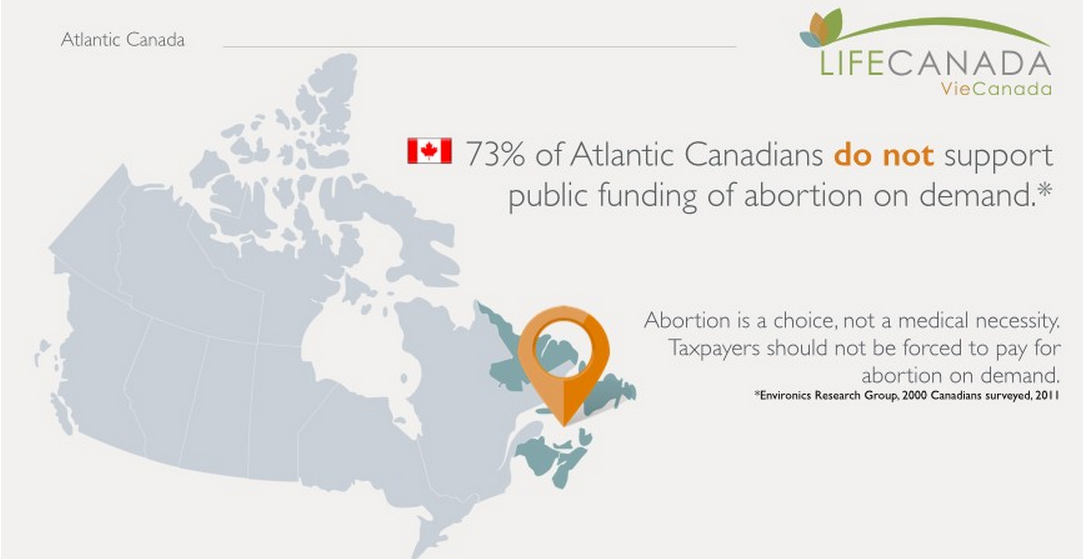 In less than two weeks the people of New Brunswick will elect a new government. The results of the vote on September 22nd will reverberate right across the country. Many of you may know that Prince Edward Island is the only province where abortions are not performed. But did you also know that New Brunswick has some restrictions in place? In order to qualify for public funding an abortion has to be performed in a hospital and be deemed medically necessary by two doctors. Not much of a restriction, but when compared with the ease of access in every other province at least it’s something!

Abortion has been a hot topic during the election campaign in New Brunswick. The ruling Progressive Conservatives, lead by Premier David Alward, have promised to maintain the status quo – keep the current restrictions in place. On the other hand, Liberal leader Brian Gallant is on record saying that he will move swiftly to remove all “barriers to access” and do away with the current regulation. All indications are that the Liberals will win the election.

What can you do?

Whether you live in New Brunswick or not, you can help make a difference! WeNeedaLAW.ca exists to build support for restrictions on abortion. If the polls are accurate than it won’t be long before we see some of the only restrictions in our entire country be removed.

This is why it’s so important for you send these two emails! We have drafted the first one for Premier David Alward. He needs to be encouraged to speak up on his position and appeal to the many pro-lifers in New Brunswick.

The second email is for Liberal leader Brian Gallant. Even though 73% of New Brunswickers oppose taxpayer funded abortion Mr. Gallant is caving to a vocal minority of abortion advocates.

Please take a few minutes to send these brief messages!

Simply copy the email address into your mail client and then copy the text into the message box.

The closure of the Morgentaler Clinic in Fredericton has catapulted the abortion issue to the forefront of the present election campaign. Your government has faced intense pressure to move away from the current regulation stipulating that only abortions performed in a hospital and deemed necessary by at least two doctors can be publicly funded..

Your position matches that of the vast majority of the people of New Brunswick. A 2011 survey conducted by Life Canada found that 73% of Maritime residents said they were opposed to taxpayer-funded abortion on demand. Contrary to what some are saying, the current abortion regulation in your province does not contravene the Canada Health Act or the Canadian Charter of Rights and Freedoms.

I want to encourage you to reach out to the 73% and expose the radical policy suggestions of your opponents who plan to force the taxpayers of New Brunswick to fund unrestricted access to abortion.

As a nation, Canada is way out of line when it comes to abortion regulations. New Brunswick is a bastion of hope for all Canadians concerned about pre-born human rights. Please appeal to the broad base of support in your province as you seek another term as Premier of New Brunswick.

A small minority of voters in New Brunswick think that removing all abortion restrictions and using tax dollars to end the lives of pre-born children on demand is good for women’s health. According to a 2011 survey conducted by Environics, only 20% of Atlantic Canadians support the public funding of abortion on demand. It is unfortunate that you have capitulated to pressure from a small number of abortion advocates.

The reason why this number is so low is because people understand that taxpayer-funded abortion is not beneficial for women’s health. Provincial health care systems ought to be concerned about the mother and her child, not one at the exclusion of the other.

Taxpayer funded abortion on demand is bad healthcare policy. It does not reflect where the people are at and is the wrong direction for the province of New Brunswick.

Please revisit your promise to make the people of New Brunswick pay for unrestricted access to abortion.

Tagged: call to action,New Brunswick election, Thoughts or Feedback? We’d love to hear from you!