In a landmark decision already twenty-seven years old today, the Supreme Court of Canada ruled that Canada’s then-existing abortion regulations were unconstitutional. While many Canadians grieve the subsequent loss of a full quarter of their generation through abortion, others celebrate this day with exuberance, calling Canadians to protect their unfettered access to abortion at any stage of the pregnancy. 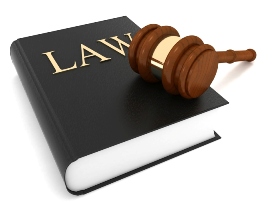 But in striking down the abortion law in 1988, did the Court recognize a constitutional right to abortion? Did they settle the issue once and for all? And if so, why do anti-abortion zealots continue to push for laws that restrict a woman’s right to choose? The answers to these questions may be unwelcome by some but the facts surrounding what has become known as the Morgentaler Decision are far different than what some Canadians choose to believe.  Even the leader of the Liberal Party, the man who aspires to become the Prime Minister of Canada, is guilty of misinterpreting the law when he attempts to defend his decision to bind the consciences of Liberal members. So then, what did the Court really say?

Abortion defenders enjoy referencing Justice Bertha Wilson – the first woman appointed to Canada’s Supreme Court. Unfortunately they all too often choose selective quotes that completely misrepresent what Justice Wilson wrote. It should be noted that Justice Wilson’s opinion was not shared with the other six judges – she wrote alone – and the other judges were all more “conservative” in their three written opinions; they contemplated an even more restrictive regime than Wilson.

Justice Wilson stated, “A developmental view of the foetus… supports a permissive approach to abortion in the early stages of pregnancy and a restrictive approach in the later stages…The precise point in the development of the foetus at which the state’s interest in its protection becomes “compelling” I leave to the informed judgment of the legislature… It seems to me, however, that it might fall somewhere in the second trimester.”

Justice Wilson, arguably the most iconic feminist judge in the history of our country, would be labeled an “anti-choice extremist” by the more adamant of today’s pro-choice movement. Justice Wilson was abundantly clear – abortion should not be legal throughout all the stages of fetal development as it is today. In fact, she was comfortably open to a gestational ban between 12 and 18 weeks, similar to most European countries. And as the informative morgentalerdecision.ca website points out, Wilson also stated that it should be the Legislature, not the courts, to decide at precisely which stage abortion should be restricted.

The Court at that time struck down the abortion restrictions, signalling Parliament to draft a new law. While Parliament did try once, that attempt failed in 1991 and the existing legal vacuum that remains is now a twenty-seven year old sacred cow. While countries around the world continue to grapple with abortion laws and the protection of fetal rights, Canada refuses to do so. In fact, Britain just passed a motion by a 181-1 margin calling for sex-selective abortion to be made illegal and are now fast-tracking a bill through their Parliament to do just that. To our eternal shame, Canada’s Parliament was too cowardly to even contemplate such a motion.

TAKE ACTION: SEND THIS EMAIL TO YOUR MP

Anti-abortionists believe that abortion unjustifiably takes the life of a member of the human family; for this reason they continue to promote viable options for women and legislation protecting fetal rights. It would be good for Canadians to understand exactly what the Supreme Court ruled in the Morgentaler decision. The Court did not grant a constitutional right to abortion. It understood well that unrestricted abortion throughout the entire pregnancy was a violation of the rights of a fetus. 27 years later, it’s time for Parliament to do what the Court had always intended.