Health Canada will soon make a decision on an application to make RU-486 available in our country. It has been over two years since the application was made by Linepharma International. The small European drug company applied to have its 200 mg mifepristone tablet approved in October, 2012. This was the second application Linepharma submitted as the first did not include all the pertinent documentation. 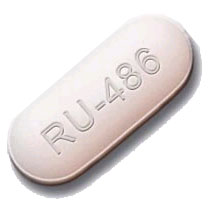 Mifepristone, otherwise known as RU-486, is a drug that interferes with the hormones necessary to sustain pregnancy. When taken by a pregnant woman in the first trimester of pregnancy, it will cause her to miscarry.

Abortion advocates are hoping the abortion drug will be made available very soon. On the other hand, Canada’s anti-abortion activists are urging Health Canada to consider the detrimental effects RU-486 has had on women’s health in countries where it is already in use. According to Johanne Brownrigg of Campaign Life Coalition, “In 2011, the U.S. Food and Drug Administration reported 2200 adverse effects, including 14 US deaths, 58 ectopic pregnancies, 256 infections, and 339 incidents requiring transfusions.”

Should anti-abortion groups even be concerned? Does it really matter how abortions are performed when they are legal for any reason throughout an entire pregnancy anyway? Because RU-486 is only used early in the first trimester and we are so far away from regulating those abortions anyway, is it prudent to invest time and energy into trying to prevent its use in Canada?

In short, yes, we absolutely need to be concerned. In addition to RU-486 posing a serious threat to the health of mothers – and of course their pre-born child – it is clearly an expansion of access to abortion. And it seems to be happening without any public debate.

The Conservative government along with all the political parties in Ottawa have denounced any attempts at debating abortion in the House of Commons. This was most recently manifested by the harsh opposition to even discussing something as benign as Motion 408 which merely sought to condemn gender selective abortions. The news that the approval of RU-486 is imminent, with no debate, smacks of hypocrisy.

This expansion of access to abortion through the back door flies in the face of transparency and is not in line with proper democratic processes. Rather than legalizing a whole new form of abortion, Canada needs our elected lawmakers to ensure we have a full abortion debate in Parliament about not only this drug, but everything else related to abortion as well.

Tagged: abortion,abortion pill,Canada,RU-486,science,women's health, Thoughts or Feedback? We’d love to hear from you!