The unjustifiable killing of a human being is always a tragedy. When the victim is carrying a pre-born child the tragedy becomes all the more complex. In two alarming news stories this week from two separate jurisdictions we once again are confronted with the need for just laws that protect the human rights of all human beings. 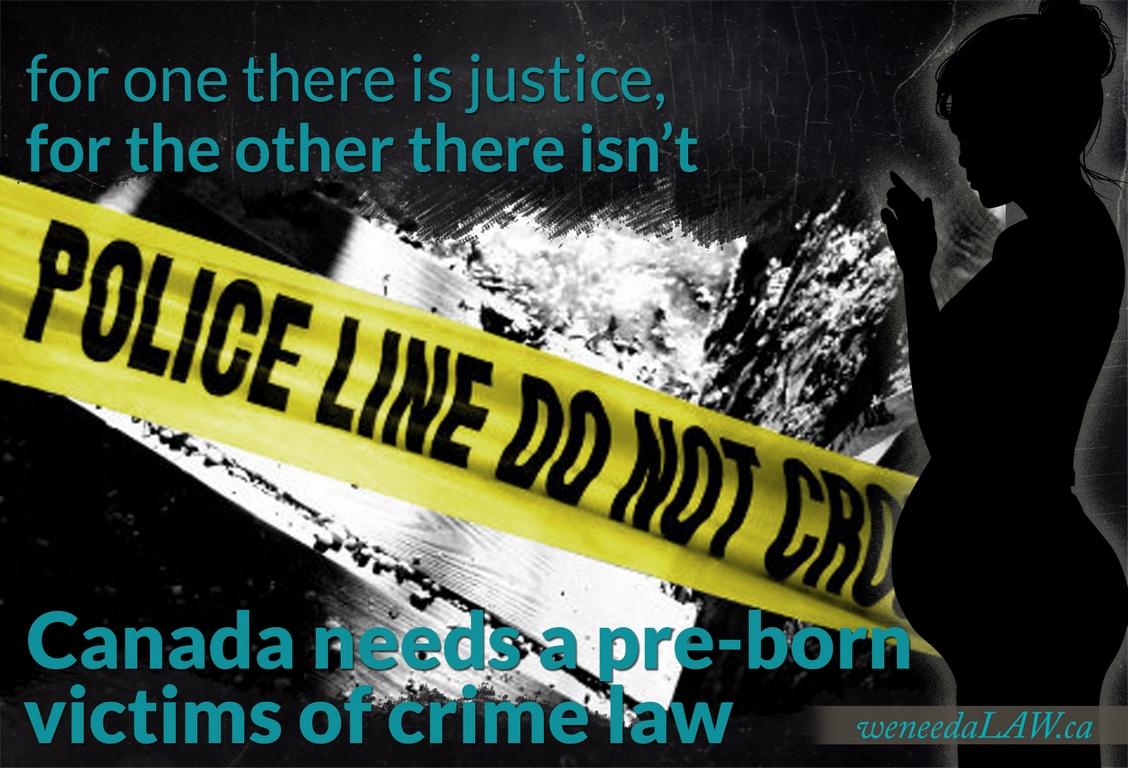 The Asheville Citizen is reporting that a North Carolina man has been charged with first-degree murder in the deaths of a Cristie Codd, a finalist from the TV show Food Network Star and her husband. Ms. Codd was pregnant at the time of her death. It is unclear from news reports how many weeks pregnant she was. But because North Carolina has a fetal homicide law that makes it a crime to unlawfully kill a pre-born child at any stage of development the police have laid an additional charge for the murder of the Codd’s pre-born child.

In another tragic news story, this one even more disturbing, a Colorado woman was stabbed in the abdomen and her pre-born child ripped from her womb. The woman, who was seven months pregnant at the time of the vicious attack is expected to survive, but her pre-born child did not. The State of Colorado allows for pregnancy to be considered an aggravating factor for sentencing a convicted offender but unlike North Carolina, it does not recognize the pre-born child as a separate victim. Boulder County District Attorney Stan Garnett said his office is still considering what formal charges should be filed against the suspect. “The issues involving an unborn child are complicated under Colorado law,” he said. “In most circumstances, if a child was not actually born alive, then homicide charges are not possible.”

In the past ten years there are countless Canadian tragedies which are eerily similar to the ones described above. Yet, because there is no recognition in law of children before birth – even for those children a woman has chosen to carry to term – justice is denied when it is needed most.

This legal void is a result of culture fixated on the right to abortion even though pre-born victims of crime legislation has nothing to do with abortion. Abortion is legal in Canada throughout the entire nine months of pregnancy for any reason. A pre-born victims law would not change this. The current reality is that when a pregnant woman is attacked and her assailant causes harm or kills her pre-born child, no charge can be laid in the death of the woman’s child, even if the sole purpose of the attacker was to kill her child.

Unfortunately, even though a majority of Canadians want this injustice corrected, a pre-born victims law is only discussed when tragedy strikes. I’ve written here before about the loss experienced by the Kaake (pronounced “cake”) family in Windsor, Ontario when their daughter Cassandra was brutally murdered along with her pre-born daughter Molly. Thanks to the courage and tenacity of the Kaake family they are pursuing justice for Molly and her peers. They have launched a national written petition drive to build support for a change in the law that would see pre-born children treated as a separate victim when a crime is perpetrated against a pregnant woman.

There are far too many politicians who willfully paralyze themselves when they should be enacting just laws that address these injustices and as a result real life consequences are felt by already grieving individuals and families. Even though it is unlikely the Kaake family will see justice for Molly if all Canadians get on board with their efforts politicians will not be able to ignore this issue any longer. And God willing, no family will need to experience the same lack of justice ever again.