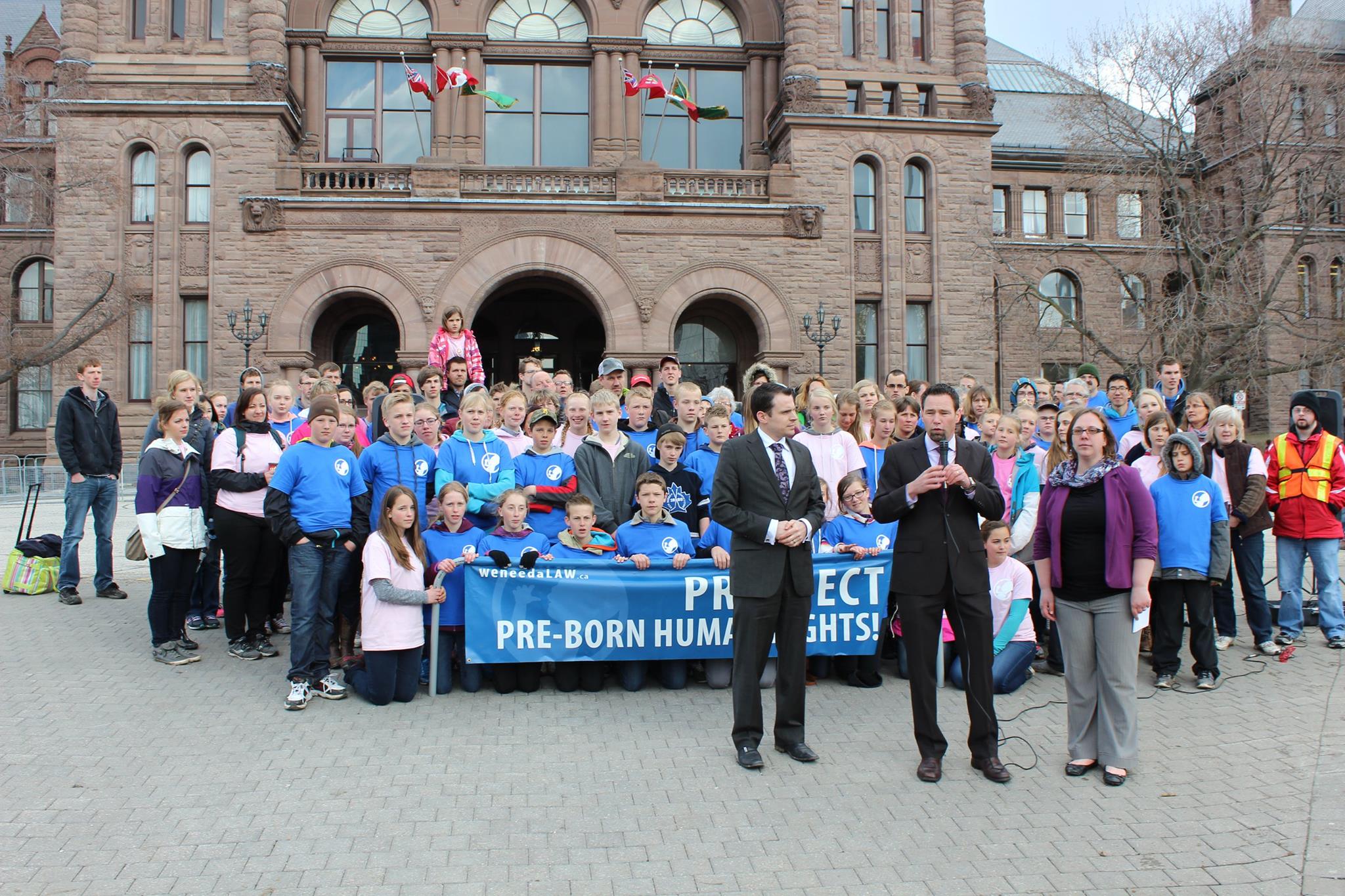 A few years ago, John Dixon of the B.C. Civil Liberties Association was asked about attempts to prevent the distribution of pro-life flyers in a Chilliwack, B.C. neighbourhood. Dixon explained that, while his organization supports a woman’s right to choose abortion, he was “discouraged to see old comrades in the fight for democratic freedoms acting as though they are so afraid of argument and advocacy for the other side that we should embrace the illusory comforts of censorship.”

Dozens of similar incidents have occurred in cities and universities across Canada in recent years: attempts by abortion advocates to use the law to silence those with whom they disagree. But it’s not only individual citizens or special interest groups engaged in this censorship. Governments are guilty of it too.

This week, our organization, the Association for Reformed Political Action (ARPA) Canada, together with blogger Patricia Maloney, filed a notice of application asking the Ontario Superior Court to strike down section 65(5.7) of Ontario’s Freedom of Information and Protection of Privacy Act (the FIPPA). This subsection violates freedom of thought, belief, opinion and expression, including freedom of the press, all of which are guaranteed under section 2(b) of the Canadian Charter of Rights and Freedoms.

In January 2012 this section was added to the FIPPA in a bill purporting to extend the FIPPA to healthcare institutions. It reads: “This Act does not apply to records relating to the provision of abortion services.” Note that one of the FIPPA’s purposes is to guarantee access to government information to maintain transparency and accountability. The second purpose is to protect private and personal information. Yet the addition of section 65(5.7) undermines both of these purposes and was never debated in the Legislature. Why did the Government of Ontario quietly slip in an amendment that hides generic, non-personal statistical information?

For her part, our co-applicant, Ms. Maloney authors the blog “Run with Life” and in that capacity regularly submits freedom of information requests (known as FOI requests) to the Ontario Ministry of Health and Long-Term Care. When told that her requests were now denied because of the new legislation, she appealed the decision three times, finally receiving the information late last year. The government released this information to her “outside of the FIPPA process” mere days before her day in court. But the bad law remained on the books.

While we cannot know why the government decided to release this information to Maloney days before appearing in court and after opposing her three appeals for two and half years, a reasonable assumption is that the government did not want this issue in front of a judge. Maloney and ARPA Canada however, believe this section of the FIPPA is unconstitutional and do want this before a judge.

Freedom of information is protected by the Charter’s freedom of expression guarantee because without access to government information, a citizen cannot meaningfully discuss, debate, scrutinize or make informed opinions on matters of public policy.

This case is about transparency and democracy. In our view, every action of a democratic government and every dollar spent should be open to scrutiny by the taxpayer and voter. On this point alone, people from all sides of the political spectrum should join forces with us.

Perhaps more importantly however, this case is about justice. Justice requires accountability. It is a scientific fact that each abortion takes the life of a human being. Each one requires documentation, recognition and, hopefully one day, public acknowledgement of the injustice of abortion.

We often hear that abortion should be safe, legal, and rare. In Canada, the procedure is already legal throughout all nine months of pregnancy and happens at least 100,000 times a year. Most abortion advocates have stopped pretending to care about keeping abortion rare. But how can we know abortion is safe if the government refuses to let the residents of Ontario know anything pertaining to the procedure? How many physical complications were there in relation to abortion?  How would anyone know whether or not women have been hurt psychologically? The reality is that without access to the statistics, no one knows and nothing can be done. When government withholds very important and relevant information on abortion, women cannot make informed decisions.

Provincial governments – Ontario is not alone in this; British Columbia has a similar censorship provision – have a responsibility to ensure that the citizens who elect them have access to the information needed to make good decisions about health policy. No matter what your thoughts are on pre-born human rights, this form of censorship is contrary to everything an open and democratic society should stand for. Our citizens deserve better. Our taxpayers deserve better. And our women deserve better.

Mike Schouten is campaign director for WeNeedaLAW.ca. André Schutten is a lawyer with ARPA Canada.

Tagged: Canada,FIPPA,ontario,prolife,science,women's health, Thoughts or Feedback? We’d love to hear from you!