Over the last two weeks, almost 900 emails have been sent by you, supporters of pre-born human rights, to Members of Parliament across Canada! All of this has been done to show support for Bill C-225, Cassie and Molly’s Law, and to ask your MP to do the same.

#WagantallWednesdays have been a great success so far, and we’re hoping to keep that momentum going as we come into the homestretch before the vote on the bill in early October.

This week we want to challenge you to take another action, slightly different than the last two weeks.

After hearing from some of you that your MPs responded positively that they will support Bill C-225, and from others that they will not out of an unwillingness to risk reopening the abortion debate, we have crafted 3 new letters in response.  You can use these letters to send a note of encouragement and thanks to your supportive MP, or to put to rest the fears or challenge the assumptions of an MP looking at this from a pro-abortion angle, and to ask them to also talk to their colleagues about this bill.

Below you will find these 3 new letters. We challenge you to choose the one most applicable to your MP and either handwrite it out the good ol’ fashioned way, or copy and paste it into your personal email to send it to your MP. (The link below will help you find your MP’s name and email address). 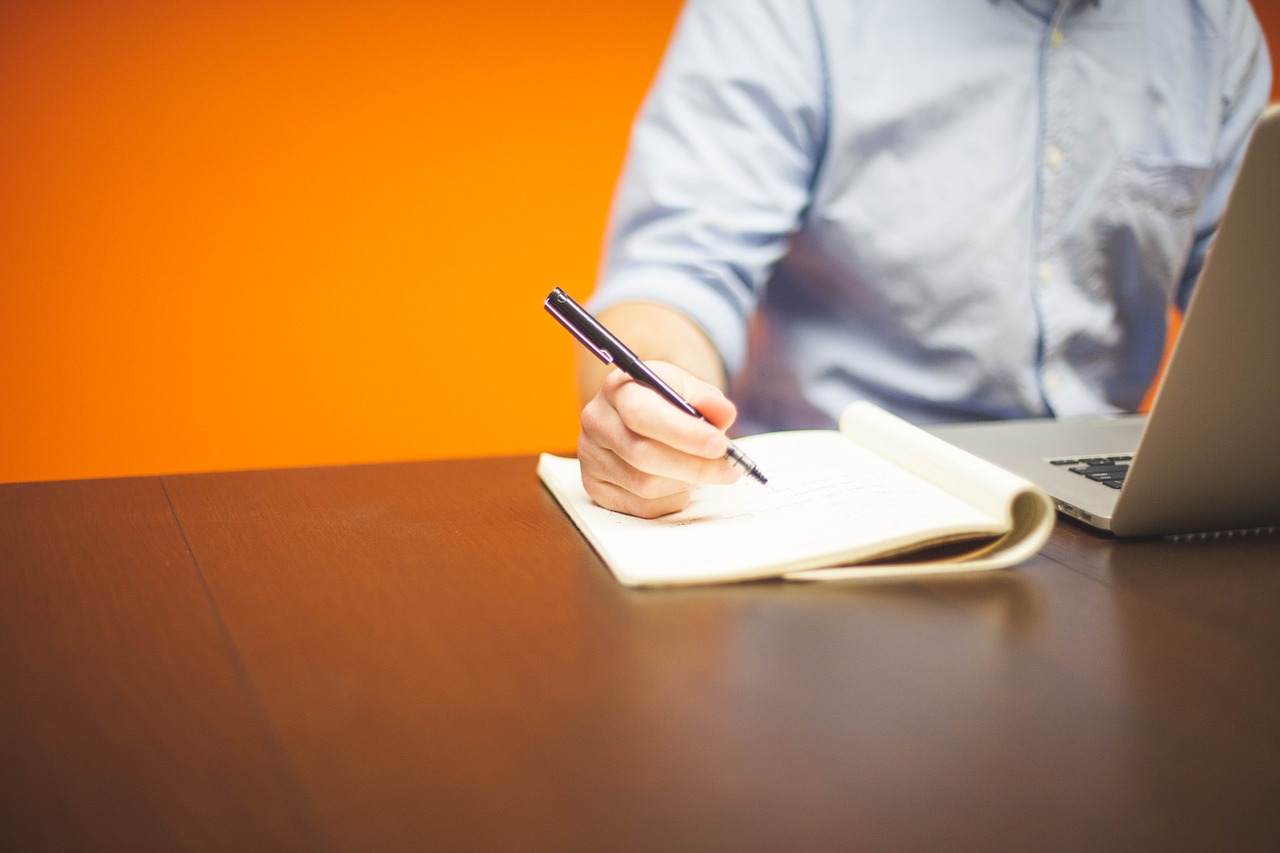 MPs have told us that emails from personal accounts hold more weight than form letters, and handwritten letters are rare and always noticed – in this small way you can encourage your MP in their support of pre-born human rights, or ask them to consider again what kind of “choice” they are allowing in Canada.

Here are the letters to get you started:

Thank you for supporting Bill C-225!

I wanted to take a moment to thank you for your response and your willingness to support Bill C-225, Cassie and Molly’s Law.  I want to encourage you to keep up the great work, and know that you are appreciated by those you represent.

I hope you will talk to your colleagues about this important issue, and encourage them also to stand up for the value of a woman’s choice to carry her child.  People like you can make a big difference in our Parliament and I look forward to continuing to follow your work.

I am unaware of whether you have decided whether to support Cathay Wagantall’s private member’s bill, Bill C-225 (also known as Cassie and Molly’s Law). There has been some pushback from the pro-abortion movement fearing that this bill, which would make it a separate crime or aggravating factor to kill an unborn child during an attack on its mother, will somehow infringe on a woman’s “right” to choose abortion.

It is absolutely clear from an independent legal opinion released by Wagantall’s office that this is not the case. Instead, the motivation for these arguments is a fear of recognizing that the unborn child is, in fact, more than just a lump of worthless cells. Unfortunately, this argument by those who claim to be “pro-choice” reveals that they aren’t pro-choice at all: the only choice they care about protecting is the choice of abortion.

Bill C-225 recognizes that many women make a choice to keep and carry their child, and that choice also needs to be protected. Pregnant women need the support of society to validate their choice to carry a child.

Bill C-225 clearly values a woman’s choice, including her choice to carry her child. If that choice is taken away from her, there should be consequences for the one who took it.

Will you please support this bill when it is voted on in October? I’d really appreciate hearing your thoughts on this and knowing I can count on you to represent me accurately in Parliament.

Thank you for taking the time to consider whether to vote in favour of Bill C-225, Cassie and Molly’s Law. This bill would stand up for pregnant women whose choice to carry their child is taken away from them by a violent crime that damages or kills their child in the womb.

You may be feeling pressured by the “pro-choice” fear that recognizing the value of a wanted pregnancy will somehow infringe on abortion rights or access. In fact, an independent legal opinion on this bill makes it clear that this is in no way the case.

Only a third party can be charged under this bill, not the woman herself, and only in a case where the woman does not consent, such as when she is victimized by intimate partner violence or other violent crime. This protects abortion doctors who obtain consent prior to performing an abortion. In short, there is no possible impact on abortion through this bill.

The “pro-choice” fear, however, is that a bill such as Cassie and Molly’s Law will get into people’s minds and make them think about the unborn child as something other than a blob of tissue. This fear shows that the only choice they protect is abortion; they ignore a woman’s choice to carry her child and give it life.  Voting against this bill means voting against choice, and tells women Canadians only care about them if their choice is abortion.

Please discuss this with any of your colleagues who may be uncertain on this issue, or making their choice based on fear, and so doing no service to Canadian women.

Can I count on you to represent me by supporting this bill, and so supporting women who choose the often-difficult path of keeping their child? Vote in favour of harsher consequences for those who violently take away a woman’s choice, and help fill a gap in our criminal code.

Thank you for your time and consideration,

Once you’ve chosen your letter and are ready to mail it out or press “send”, here’s what you need to know:

Postage to the House of Commons is FREE. Send your letter to:

To find your MP’s name and/or email address, search by postal code at the Parliament of Canada website. 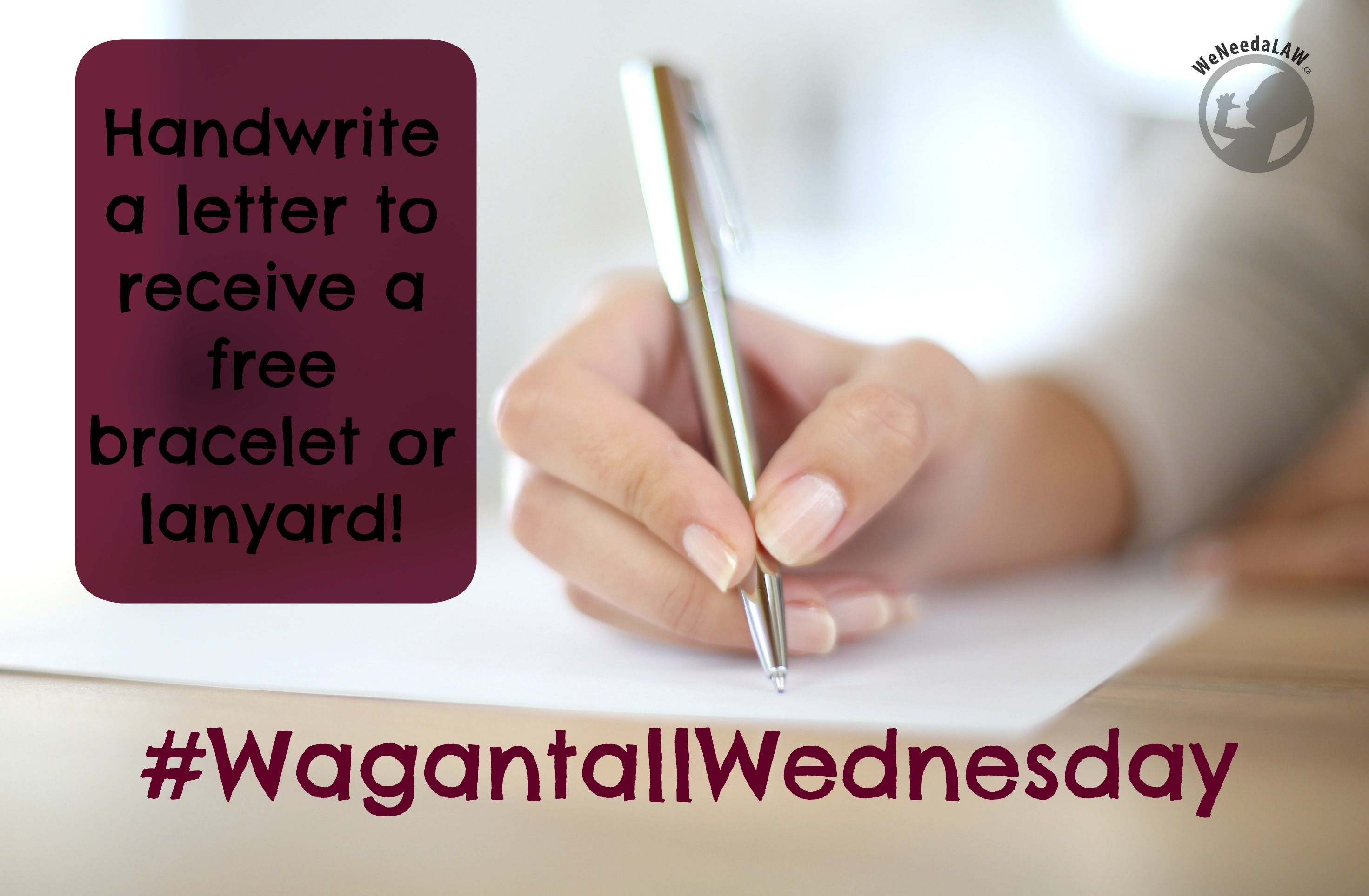 BONUS free gift for handwriters! If you handwrote a letter, take a picture and email it to us ([email protected]), and we’ll send you your choice of a free We Need a Law lanyard or rubber bracelet. Along with the image, send us your preferred mailing address and choice of gift and we’ll get it on it’s way to say THANK YOU for taking the time to get involved.