Over the past number of years in Canada, there has been a marked increase in women working in highly physical skilled trades typically thought of as “men’s domains”. These jobs may come with more risks for a woman and her pre-born child during pregnancy, or be inadvisable or impossible to continue in while pregnant. While the Employment lnsurance Act states that pregnant women are eligible for a total of 15 weeks of maternity benefits, the earliest these benefits can start is 8 weeks before the birth of her child. Those eight weeks are beginning to be recognized as woefully inadequate in an increasingly gender-balanced workforce. 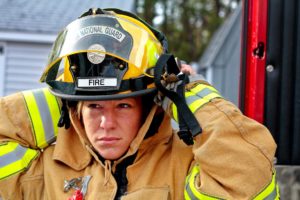 In light of this, Liberal Member of Parliament Mark Gerretsen has introduced a private member’s bill, Bill C-243, known as the National Maternity Assistance Program Strategy Act. If passed, Bill C-243 will allow women to start their maternity benefits 7 weeks sooner if required or recommended. This means she could collect all 15 weeks of her maternity benefits prior to her child being born. This Employment Insurance could then continue into the 35 weeks of parental leave either she or the child’s father is entitled to, for 50 weeks of total income support.

Bill C-243 passed second reading in October 2016, and is one of the rare private member’s bills to be getting strong cross-party support as it moves forward.

Gerretsen’s bill is inspired by the story of Melodie, a welder in his constituency who was advised by her midwife not to continue her current work while pregnant. She approached her employer, who was unable to reassign her to something safer, so she went on sickness EI despite not being sick. This ran out prior to her maternity benefits being able to kick in, and the gap in income support led to her eventually losing her home, despite having “done everything right”, as Gerretsen says.

Conservative MP Gérard Deltell spoke positively of the need for this bill saying, “Men and women alike can do any job there is. However, this leads to situations, in welding for example, where workers are exposed to chemicals or have to do physically demanding work where they have to stand up, bend, stoop, and do other things that might have an impact on a pregnancy. It is obvious that this is a cause for concern. That is why we are in favour of this bill.”

The NDP have also indicated support, although they did find some issues to address. Niki Ashton pointed out that, “When it comes to risky work, the onus is put on the employee, in this case the pregnant woman, rather than on the employer. This could have an adverse effect as employers would not have any incentive in finding risk-free tasks for workers who are pregnant.”

This is certainly a significant weakness of Bill C-243, as is the fact that taking time off prior to her baby’s birth leaves a mother with less time to spend with her child before going back to work, as the total number of weeks of paid leave remain the same. Gerretsen stressed, however, that this is not the intention of the bill. The goal is improved income support for women taking time off for pregnancy and child-rearing. As a private member’s bill, there can be no requirement for funds but, Gerretsen says, “These changes are just a first step and only a partial solution to what I see as a much larger overall problem. Recognizing this, the second part of my bill calls on the Minister of Employment to develop a comprehensive strategy to ensure that pregnancy is not a barrier to a woman’s full and equal participation in all aspects of the labour force.”

Women’s roles in the workforce have changed dramatically. All parties should recognize the need for a maternity benefit strategy that honors claims to value women’s equality in the workforce, while also honoring a woman’s ability and choice to have children. Improved maternity benefits will allow women to work in their desired field while also making the best possible decisions for their health and the benefit of their families.  Bill C-243 is needed because, as Gerretsen says, “we are behind the ball on this, so to speak. There are other countries that are leading the way.”  It’s time for Canada to catch up, and good to see our representatives cooperating to make that happen.

This article was also published on LifeNews.com.