International Women’s Day, marked every March 8th around the world, has as its theme this year “Press for Progress”.

On the official website, it says, “International Women’s Day is not country, group or organisation specific. The day belongs to all groups collectively everywhere. So together, let’s all be tenacious in accelerating gender parity. Collectively, let’s all Press for Progress.”

As an organization committed to advancing pre-born human rights, we don’t just advocate for gender parity, but for human parity. As abortion continues without regulation in Canada, we will continue to press for progress: progress that brings Canada in line with every other democratic nation in the world.

What does this progress look like? It looks like legislation prohibiting abortion when you would just prefer the other sex. It looks like legislation recognizing the violence women may face while pregnant and honoring her choice to carry her child by punishing more severely any crime that harms that child. It looks like an International Standards Law protecting pre-born children after 13 weeks as so many of our European counterparts do without question.

As so many areas show progress, from ultrasound technology to prenatal surgery and treatment options, our legislation needs to keep up. There is no denying the humanity of the pre-born child, and progress means allowing that reality to dictate legal protections. Emotion and a desire for autonomy should not drive public policy. 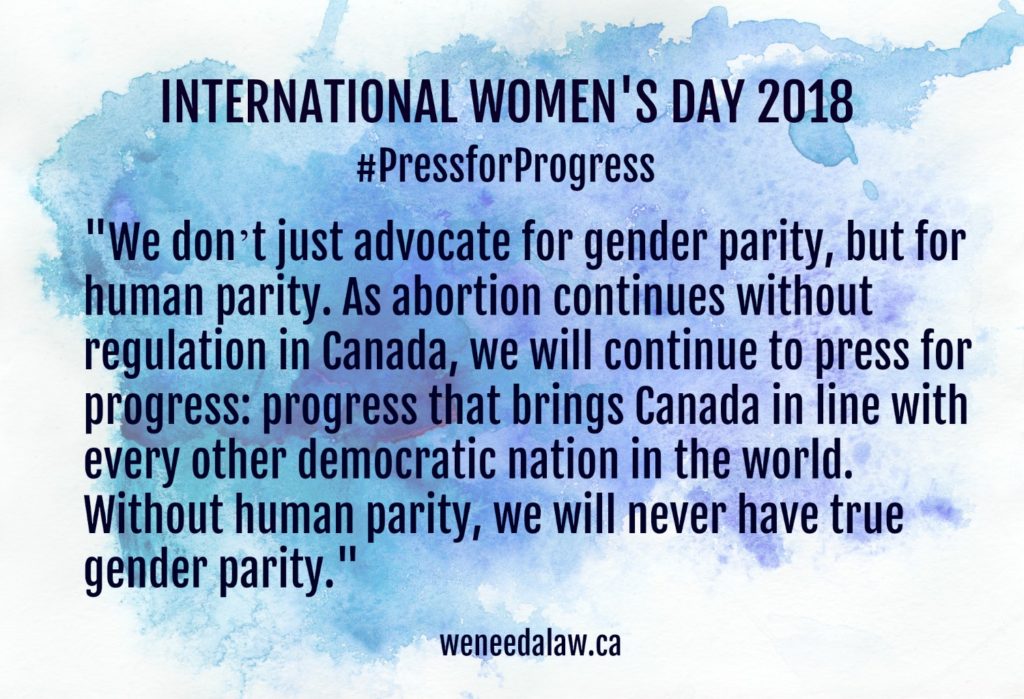