When Parliament learned in April that Mifegymiso, or abortion pills, were dispensed more than 4,000 times in Canada last year, abortion advocates celebrated.  Provinces that do not yet fund the pills are being pressured to do so. Abortion advocates continue to call for fewer restrictions on the pills in hopes that medical abortions will rise next year, and surgical abortions decrease.

Currently, medical abortions make up only a small percentage of abortions in Canada. They are expected to increase as access to and funding for the abortion pill increases. Changes were introduced late last year to allow the drug to be prescribed up to nine weeks into a pregnancy and, as of November 2017, doctors no longer need special training on the drug to be able to dispense it. 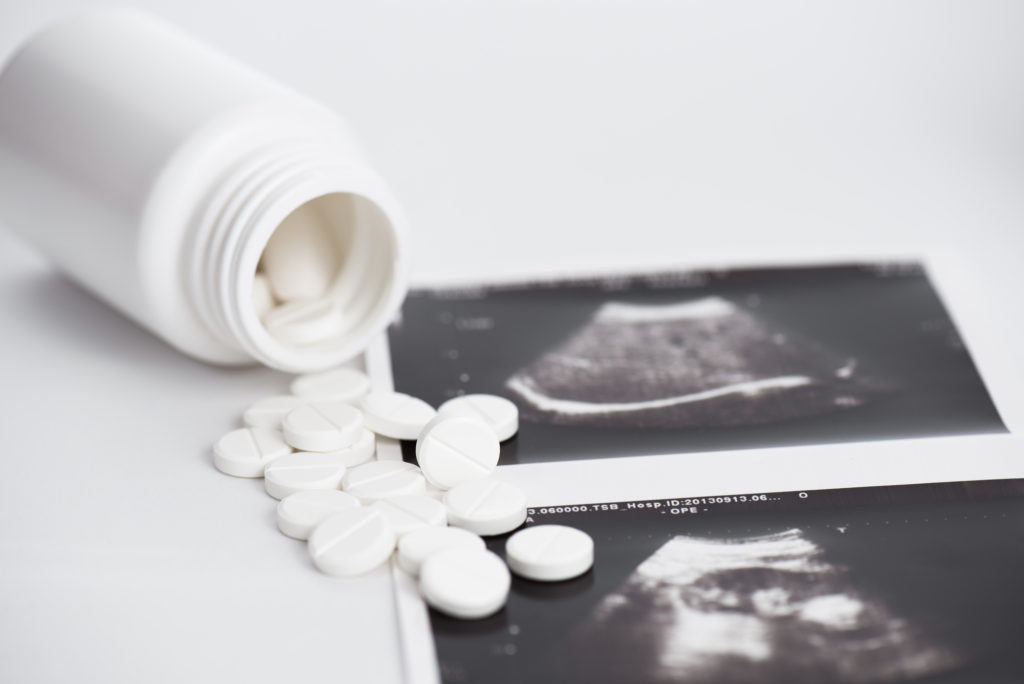 A common accusation against pro-lifers is that we care only about babies before they are born – not women, mothers, or born children. Pro-choice activists talk about the desperation women feel in an unplanned pregnancy and cite drastic, dangerous measures they may take to end their pregnancy if “safe and legal” abortion is not readily available.

Even if you take no position in the abortion debate, you’ve likely heard stories of coat hangers and back alley abortions that make you shudder. As the DC Abortion Fund states, “The coat hanger is a reminder of women’s suffering when abortion is placed out of reach.” Perhaps, like them, you believe that this is sufficient justification for abortion on demand, regardless of whether abortion is morally wrong.

This is where the discussion gets interesting, because abortion advocates LOVE the abortion pill. This, they say, is the answer to accessibility. Women on Waves, which runs an “abortion ship” in international waters and sends drones carrying abortion pills into countries with strict abortion laws, says, “We witness the creation of an underground network of emboldened, informed activists, working at the cutting edge of global reproductive rights, who trust women to handle abortion themselves.”

Trust women to handle abortion themselves.

The same groups that decry restrictions that might drive women to undertake their own abortions are advocating for private, self-administered abortions via pills.

Mifegymiso’s promoters point to it as the answer for women without the financial means or social support needed to travel for an abortion, take time off work, or arrange care for other children. The abortion pill allows every woman to access an abortion from her family doctor, her pharmacist, a walk-in clinic, or even over the phone or internet.

Its promoters see only “barriers to access” in things like mandatory ultrasounds to determine the gestational age of the child or mandatory training for medical professionals on the risks of the drug. But the “restrictions” are designed to protect women’s health and safety.

If the pregnancy is too far along, the pills can cause hemorrhaging or other complications. Why would you take the risk of skipping a dating ultrasound if you truly cared about the mother’s best interests? The pill’s advocates claim such “barriers” would stall access for women in remote areas. But these are the same women who will have the least access to emergency medical care when complications occur. Convenience, cost and accessibility do not trump safety and accountability. No one is suggesting everyone in remote areas be allowed to self-prescribe penicillin for their own ear infections, despite how convenient that would be.

Requiring special training for doctors ensured that they could properly inform their patients. Fully informing them should include telling them about the abortion reversal pill, should they change their mind. Instead, Mifegymiso’s promoters favour access without properly trained personnel, fully informed patients, or even a face to face visit with the doctor.

Essentially, abortion advocates support a return to secretive, do-it-yourself abortions. A Vancouver clinic, for example, promotes the abortion pills as a way to pass off your at-home abortion as a miscarriage to others. Though abortion advocates encourage people to break stigma by sharing their abortion stories with pride, they cannot help but recognize the reality that most women have a natural desire to hide their “choice” of abortion.

The advocacy efforts of pro-lifers don’t promote back alley abortions or encourage desperate women to procure their own abortion. Quite the opposite – it’s the promoters of abortion pills who are encouraging a climate of secrecy and shame. Meanwhile, we as a pro-life movement will continue advocating for women, seeking out long-term social and financial support that enable a woman to mother confidently and securely, and advancing laws that respect the inherent value of life from its earliest stages.

Tagged: abortion,abortion pills,back alley abortions in Canada,Canada,pro-life,RU486, Thoughts or Feedback? We’d love to hear from you!