The call for increased education on abortion is led by a minority of medical students, and abortion activists behind them, who believe that access to abortion is a necessity when it comes to medical care. In fact, abortion as a necessity is a social construct, not a fact of medicine.

And it seems it’s not as hard to destroy life as it is to save life – these apparently untrained family doctors perform the majority of therapeutic abortions in Canada. Presumably it would be of utmost concern if it was discovered, for instance, that most brain surgeons had received zero training in brain surgery. As with most discussions on abortion, however, the media gets stuck on easy access and forgets about protections for women, children, and basic human rights.

It makes good sense that, despite high rates of abortion in Canada, medical schools are not focusing on it in their curriculum. In medical school, with its historical focus on healing and saving lives, the majority of students do not want to study, or specialize in, abortion. Hopefully medical schools will continue to focus on top quality training in life-saving procedures, not bow to political pressure to incorporate life-ending techniques into their definition of medical care. 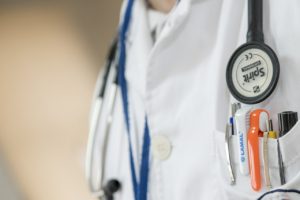