For the first 102 years of Canada’s existence as a nation, the pre-born child had full legal protection. That all changed a half century ago when Prime Minister Pierre Trudeau introduced and passed a bill that legalized abortion. Abortion has been legal in Canada for fifty years, the last thirty of which we have had no fetal protection laws whatsoever.

To mark this 50th anniversary, several producers have worked with a Calgary-based filmmaker in putting together The Missing Project. The Missing Project is a two-part initiative that was launched on Mother’s Day with the release of daily short stories on how abortion has impacted Canadians. The project culminates with the exclusive online release of a full-length documentary this Canada Day weekend.

The Missing Project documentary is a 70-minute film that documents what is missing in our nation because of fifty years of legal abortion. Missing laws. Missing people. Missing information. Missing voices. 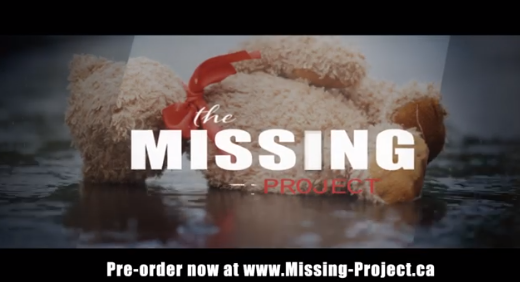 Filmmaker and producer Ryan Stockert gathered stories from lawyers, politicians, medical professionals, post-abortive women and men, adopted children, foster families, advocates, and many others in the pro-life movement. Stockert was indifferent to the abortion debate prior to taking on this project, and therefore is well suited to provide a unique perspective on fifty years of history as it relates to women’s rights and fetal rights. “We called the documentary ‘The Missing Project’ because so much of the abortion discussion is now missing from public spaces,” said Stockert. “I always thought abortion is a private discussion and so no one else should be involved. But as I’ve talked to Canadians across the country, it’s clear the stories of Canadians affected by abortion need to be heard.”

The film includes a powerful segment on Bill C-43, an abortion bill introduced by Prime Minister Brian Mulroney in 1990. That bill was the last that any government has tried to pass. Former assistant to then-Member of Parliament Benno Friesen shares how the pro-life movement bears much of the responsibility for the defeat of that bill and of where we are today – the only country in the world without an abortion law.

The release of The Missing Project falls on the eve of the 2019 Federal Election. Prime Minister Trudeau has spent much of the past four years convincing Canadians he is a feminist, and a big part of that is sharing his obsession with abortion, both in Canada and developing countries. Trudeau’s fixation on abortion is sure to carry over into the upcoming election as he attempts to scare Canadians into thinking that Andrew Scheer has a hidden agenda of taking away a women’s so-called “right to choose.”

For his part, the Conservative leader consistently divorces himself from his Catholic faith by promising Canadians that they can have “absolute confidence” he will never reopen the abortion debate. This in turn has given the leader of the People’s Party of Canada, Maxime Bernier, opportunity to garner support from social conservatives. This is manifested in his support for outspoken pro-lifer Laura-Lynn Tyler Thompson to run as his first candidate in a byelection earlier this spring. Bernier also made an indirect appeal to this same voting block when he issued a series of tweets calling for sensible abortion regulations.

The abortion debate continues in Canadian politics. But the people whose experiences are documented in The Missing Project show that abortion is much more than a political issue. It is a tragedy that political leaders continue to use abortion, and their commitment to withholding rights from these smallest human beings, to secure votes for themselves, or scare Canadians away from voting for others.

More is missing from abortion than can ever be captured adequately by any film, but the people and stories featured in The Missing Project share the truth that the lives of all human beings matter. Canada is the only democracy in the world that refuses to deal with the legality of abortion. This is a reality we should never accept, and it’s certainly not something to be celebrated.

Tagged: abortion,abortion in Canada,pro-life,pro-life documentary,The Missing Project, Thoughts or Feedback? We’d love to hear from you!