This observation was made by Caitlin Flanagan in a recent Atlantic article in a rare attempt at fairly describing both the pro-abortion and the pro-life argument. She does indeed use a picture – a 3D ultrasound of 12-week pre-born child with fingers, toes, eyelid, and ears. “She can hiccup—that tiny, chest-quaking motion that all parents know,” Flanagan says, highlighting the humanity of the pre-born child and acknowledging the destructive nature of abortion.

And yet, she views legal abortion as a necessity. 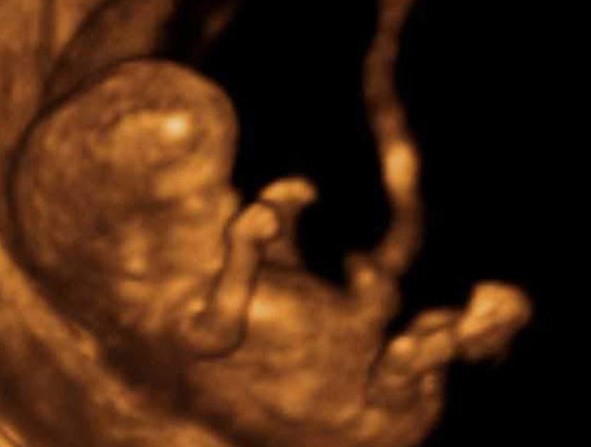 The many words Flanagan uses to describe the pro-abortion argument revolve around heart wrenching stories of back alley abortions. They may be hard to read, but it is important to face their reality. While the number of illegal abortions and resulting fatalities prior to-legal abortion are often grossly exaggerated, I have no reason to doubt the credibility of the specific stories Flanagan tells.

And it is a repeat of these stories of deaths due to illegal abortions that Flanagan views as inevitable if pro-life legislation is put in place. Completely accepting the humanity of the child, she still argues for abortion to “save” women, saying, “We accepted that we might lose that growing baby, but we were not also going to lose that woman.”

Flanagan speaks of accepting the loss – but who is supposed to be accepting it? A mother and a father certainly lose their child to abortion. Grandparents lose their grandchildren. Siblings, cousins, aunts and uncles all lose a family member. Communities lose members. As a society we lose a part of us. Maybe Flanagan is even speaking of her personal loss. We all lose to abortion. Do we accept this?

And there is one who loses all. After all, a “safe” legal abortion is never safe for the baby. Is Flanagan speaking on behalf the baby when she accepts their loss?

If abortion was illegal, we would still have work to do. We would still be busy educating about the humanity of the pre-born child, we would be encouraging the prosecution of those performing back alley abortions (characters Flanagan glosses over in her stories), and we would still be there to come alongside women facing unplanned pregnancies – whether it be with financial support, counsel, or just a friendly conversation.

Tagged: abortion,back alley abortion,pro-choice,pro-life, Thoughts or Feedback? We’d love to hear from you!