CTV News reports that Quebec Health Minister Danielle McCann is publicly calling for increased access to late term abortion. Reports indicate that access to late-term abortion is limited and disorganized, and McCann wants her province to do better. Given what we know about Canadians’ opinions, this may actually be a good conversation to have.

In 2018, when we ran our “Canada has no abortion laws” billboard campaign, the result was surprise and incredulity. Surely, people say, there must be a law. It’s a fact most Canadians (up to 80%) don’t know, and something they really need to know when considering where they stand on abortion. When polls indicate that the majority of Canadians are satisfied with our current abortion policies, what does this mean, if the vast majority don’t even know what our current policies are (or, in our case, aren’t)?

Many Canadians believe abortion is only done in the early stages of pregnancy, and they’re okay with that. We aren’t okay with that, but we can generally agree that once a fetus is viable, around 23 weeks or so, they should not be aborted for the same circumstantial reasons used to justify earlier abortions.

Late-term abortion forces people to face the humanity of a pre-born child, and the brutal methods by which abortion is accomplished at this stage. With a pre-born child too large to abort easily, late-term abortions involve multi-day dilation, fetal dismemberment, lethal injections, and inspecting a pile of recognizable body parts to make sure everything came out.

It’s no wonder most doctors want no part in this, one of the main challenges to increasing access.

When we look for common ground with those who support abortion, late-term abortion regularly tops the list. Let’s have this discussion, and talk about exactly when life deserves protection. 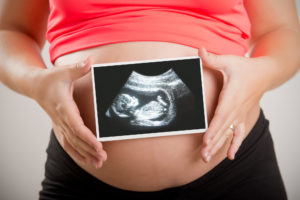