by Tabitha Ewert: An adaptation of the speech given during the Toronto March for Life 2020 live stream event.

The response to Covid-19 has made a lot of the pro-life movement’s activities impossible. Pregnancy resource centres have struggled to keep operations going, conversations on Canadian streets have been suspended and the Marches for Life traditionally held at legislatures across the country were cancelled.

Every year, the pro-life movement gathers in the thousands at legislatures across the country. We need our government and our culture to see the injustice of abortion and so we gather to use our voices in unison.

Though we were scattered, we still have a message and we still have a voice. This is why we called 2020 “The Year the March for Life Came Home.” So many of you across this country took up the challenge, putting up signs in your windows, using sidewalk chalk, decorating cars, participating in Convoys for Life and some even putting up flag displays in their front yards. You were faithful in using your voice at home! 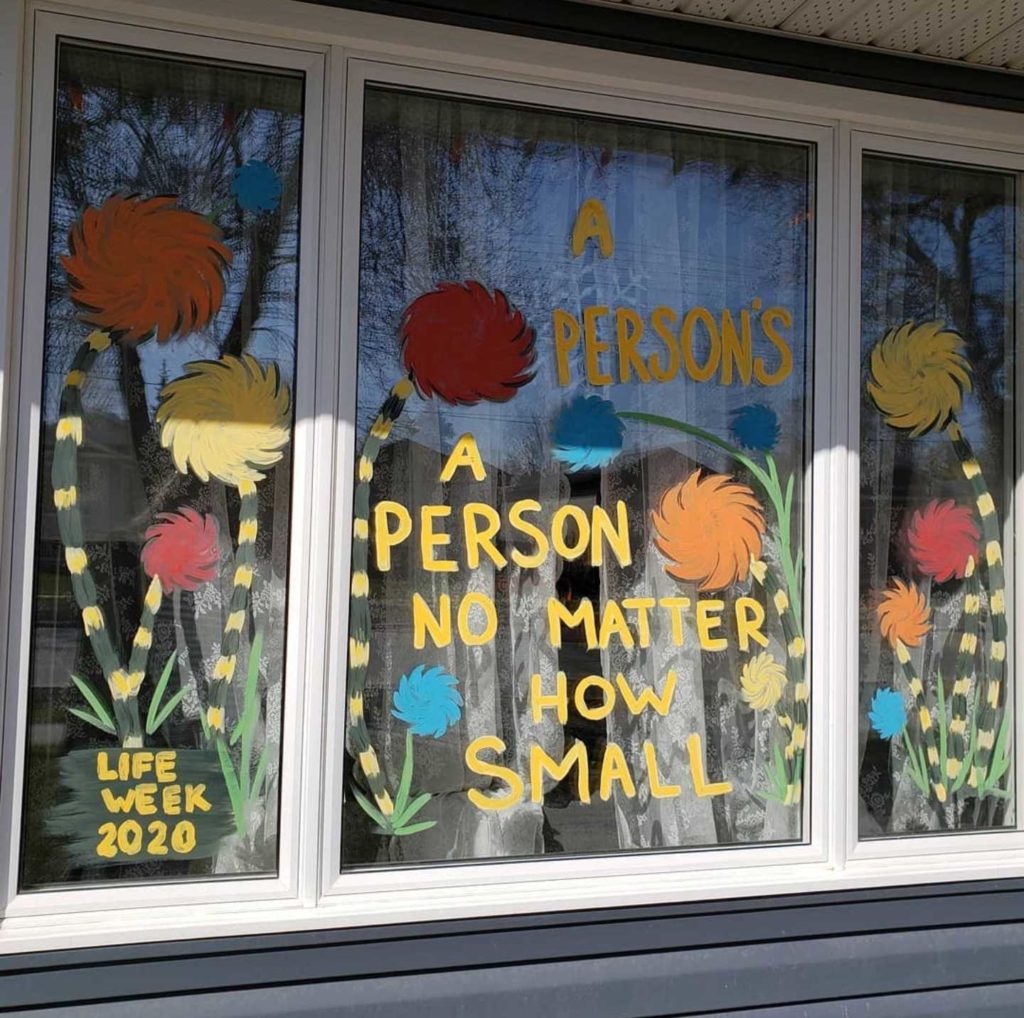 This wasn’t without a cost – some faced criticism or anger for being publicly pro-life. But you had the courage to keep going, knowing that it is worth it to speak out on behalf of the victims of abortion. Pre-born children cannot speak out against abortion. It is our job to take up the cause on their behalf.

The charge to use our voice is not dependent on whether we can be at legislatures, or whether we are speaking directly to Prime Minister Trudeau. Rather, it’s about not being silent the other 364 days of the year and speaking up even when there isn’t an election happening.

Will you take up the charge all year long?

With Parliament not sitting in its normal manner, the future of the Sex Selective Abortion Act put forward by MP Wagantall is uncertain. Originally, we expected it to be debated before Parliament recessed for the summer. Now? We have no idea. This gives us an opportunity.

Let’s continue to make 2020 the year the March for Life came home, all year long. While you may have taken down your signs, you can still use your voice. Email or phone your MP and ask them to support Bill C-223, the Sex Selective Abortion Act, when it comes back up for discussion. They need to know that their constituents want this.

As R.C. Sproul put: “Let your voice be heard in a chorus of protest. Yours is only one voice, but it is a voice. Use it.”

Let’s make 2020 the year the March for Life came home all year long.

Start by sending a SimpleMail today!