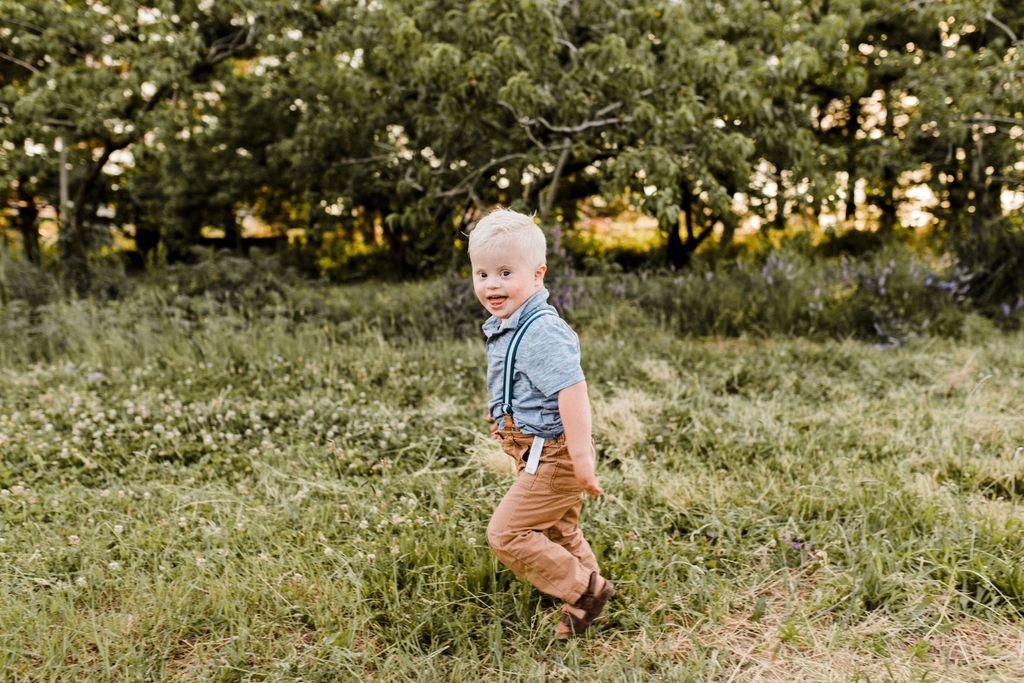 On a beautiful warm day in June in Eastern Europe, a husband and wife were on their way to the hospital, eagerly anticipating the arrival of their second child. The baby was making his appearance a bit early, but the parents weren’t too concerned – surely the doctors and nurses would be able to help if there were any challenges with his slightly early birth.

Labour progressed in the usual fashion, and their months of anticipation were finally rewarded with the birth of a little boy. Mother and father caught a glimpse of him as the doctor brought him to the table to check him over. He was tiny, but they could hear him yell with a healthy cry. They smiled at each other while they waited for their son to be brought back to them.

But the doctor remained at the table with their son for quite a while. Anxiety began to creep into their hearts. What was taking so long? Their first child had been handed back to them in a matter of minutes. The doctor called a nurse, and after a brief low conversation, the baby was whisked out of the room. Their hearts sank – something was clearly not right.

The doctor came over to the parents and shared the news. “I’m terribly sorry. Your baby has Down syndrome. You don’t want to take this baby home. We will bring him to the home for children with medical needs. They will be able to give him the care he needs – you can’t do that at home. These children have all kinds of troubles and are a burden to their families.  They don’t live very long, and they can’t accomplish anything meaningful in life. You don’t want that for yourselves and your child at home. Go home, and maybe someday you will have another healthy child.”

With tears streaming down their faces and hearts broken in a thousand pieces, the mother and father accepted what the doctor said, signed away their parental rights, and left their son in the care of the medical staff. He would be raised in an orphanage, separated from his family and from contact with the outside world.

As you read this, you may feel outraged. How could the doctor be so presumptuous?  How could he tell the parents that they couldn’t raise their own son, and not even give them a chance to try?  Why didn’t he share more accurate information with them?  Didn’t he know that people with Down syndrome can live joyful, meaningful lives? What an awful tragedy for the family and their little son. Aren’t we thankful we live in Canada, where people with disabilities are given support and opportunities!

But consider the story of another family.

It is a beautiful warm day in June in Ontario. A husband and wife are on their way to meet with a maternal-fetal medicine specialist, about halfway through their pregnancy with their second child. At the ultrasound a week ago they had been delighted to see their little unborn son kicking and waving, his heart beating strongly. But then a couple days later their obstetrician had called. Something wasn’t right with the baby’s heart – there was a hole in the middle. It could be repaired, but this kind of defect was common in babies with Down syndrome. He would refer her to a specialist and arrange for further testing.

With her head spinning, the mother left his office confused and heart broken. Down syndrome?  She had some vague memories of a child in her community with Down syndrome, but she didn’t really know anything about him. What kind of life did people with Down syndrome have? What would this mean for their family? She could feel the baby kick and squirm, and her heart sank.  What was going to happen to him? The world can be a hard place – was this child headed for a life of suffering? Was it cruel to bring him into the world? The husband and wife cried together and counted down the days until their meeting with the specialist.

And now they are sitting in the specialist’s office, awaiting the results of the testing. The doctor walks in with a handful of papers, sits down and says, “I’m terribly sorry. The fetus has Down syndrome. We can book an appointment for a termination right away. People with Down syndrome have all kinds of struggles and don’t live very long.  They can’t accomplish much, and they are a burden to their families. You don’t want this for yourselves or your family. But you are young still – you can try again and have another healthy child. Now, let me call my secretary and she’ll book you in for a termination in a day or two.”  And, blindsided and stunned, with tears streaming down their faces and hearts broken in a thousand pieces, the parents sign the consent form presented for a termination.

That is the experience of many families in Canada when they receive a prenatal diagnosis of Down syndrome. And the vast majority will choose to terminate the life of their unborn child, believing it to be better for themselves, their families, and even the child.

But consider a different version of the same story.

The expectant couple sit together, anxiously anticipating the doctor’s arrival and the results of their testing. The doctor opens the door with his hands full of papers, and some brochures, and a book. He sits down and says, “I have your test results, and it looks like your child has Down syndrome. Let me give you some information about that. Here is a book written by parents of children with Down syndrome. Here is some information about common medical issues experienced by children with Down syndrome. Here is the contact information for the local support group for families. People with Down syndrome experience some extra challenges, but they generally lead joyful and meaningful lives. They go to college, get jobs, and some even marry. Your son will do everything that other children do, just in his own time. I understand that this is a lot of information for you to take in right now. I am not going to rush you into deciding anything. Please look over the information I’ve given you, and feel free to call me or connect with the local support group if you have any further questions. I will see you again next week.”

Feeling stunned by the unexpected diagnosis, but also feeling a faint glimmer of hope that things could still be ok, the couple return home, books and papers and phone numbers in hand. About four months later, their son arrives. “Congratulations!” the doctor says. “He’s perfect.”

This second version is also experienced by some families in Canada. Thankfully, it was our own experience when our son with Down syndrome was born four and a half years ago. 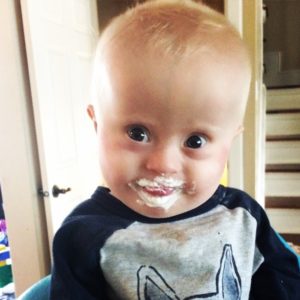 MPP Sara  Singh has introduced Bill 225 (Harvey and Gurvir’s Law) in the Ontario legislature because she agrees that this second version should be the standard for all parents receiving a prenatal diagnosis of Down syndrome.

If this law passes, parents will be provided with accurate and up-to-date information about Down syndrome, made aware of supports available to them, and given 48 hours before having any further appointments or procedures suggested.  Knowing the incredible importance of the tone of that initial conversation, I urge you to contact your MPP and ask them to support this law.

You might also like to know that, if all goes to plan, the little boy in the first story will be joining our family in a few months as a dearly loved son.

Tagged: Down syndrome, Thoughts or Feedback? We’d love to hear from you!