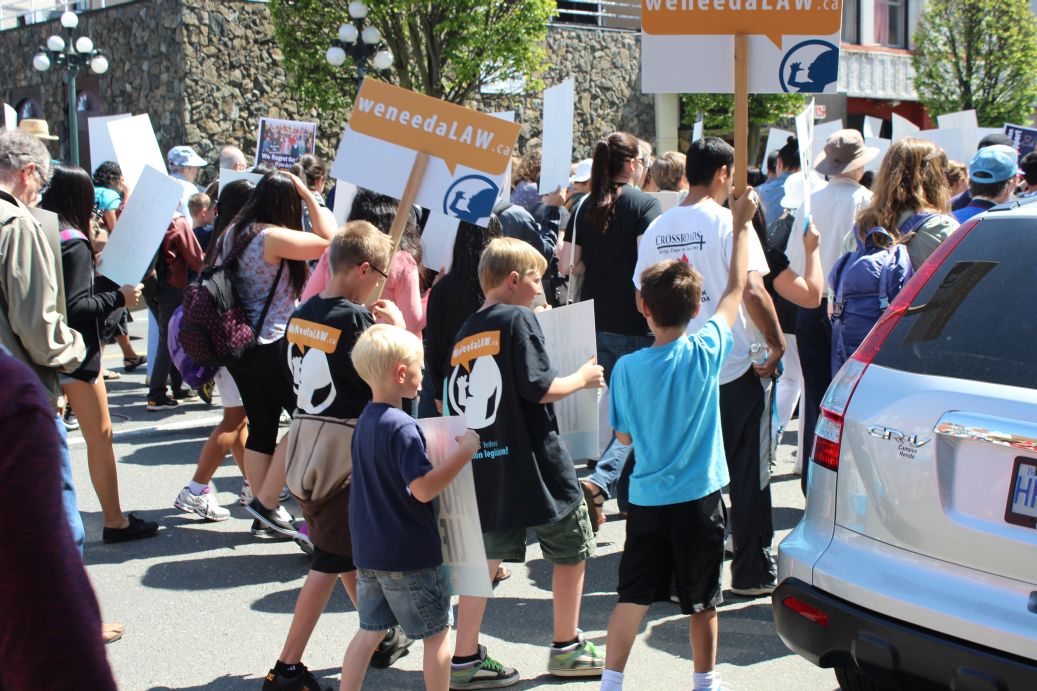 Should Christians rally on the steps of government? Does Scripture allow for peaceful protest? While many answer in the affirmative there are some Bible believing Christians who do not support any form of protest and see it as an act of aggression against God-ordained civil authorities. As a response to those who do not support the annual March for Life demonstration I quote my colleague André Schutten. In an article he wrote for the Reformed Perspective magazine he says,

In a free and democratic society, organized rallies and protest are part of the political process. In a nation where every citizen has a voice in electing their representative, where every citizen can contribute to the public policy debate, and where every citizen can independently lobby for change, protests play a legitimate role. Protests are not inherently anarchist or anti-government. When done legally, in a peaceful and organized fashion, protests are a means of engaging with the elected leadership on an issue, demonstrating to them that many citizens care deeply about this particular issue and that they expect change.

André goes on to write,

Also, a distinction could be made between protesting for others, over protesting for our own individual interests. There is definitely a Christian obligation for the former over the latter. This is borne out in the command to love one’s neighbour as oneself, and to be our brother’s keeper. Turning the cheek applies to personal insult and persecution, and not to persecution of others. We need to stand up for our neighbours, including the pre-born ones.

And so this week thousands of Christians will be marching with many other concerned citizens in Ottawa and capital cities throughout the country. The 2015 March for Life, like all other years is a peaceful protest to the stark, and vulgar reality that our pre-born neighbours have no legal protection throughout the entire period of pre-natal development. This year there will also be specific focus on the recent legalization of euthanasia and assisted suicide as a result of the Supreme Court ruling a few months ago.

Concerning pre-born human rights Canada’s courts have consistently referred to abortion as medically necessary. But, no court – at any level – has excluded the possibility of governments (provincial or federal) from regulating abortion. In fact, in the most famous case dealing with abortion, R. v. Morgentaler [1988], the Supreme Court was nearly emphatic that while the abortion regulations at the time were found to be unconstitutional, Parliament had a duty to enact new laws that were both constitutional and protected the fetus at some point.

In several provinces there is a specific focus at 2015 March for Life events to build support for parental consent or notification laws. It is unfortunate that many choice-focused individuals and organizations take a fundamentally flawed approach to the issue of parental consent for abortion. They frame the problem as, “Choice and bodily autonomy at all costs and anyone who opposes that opposes women’s rights.” Unfortunately, this “at all costs” approach harms the very women it sets out to protect, especially when it is applied to adolescents making decisions on whether to continue a pregnancy.

Nationally there is a continuing push for laws which address gendercide or sex-selective abortion as well as the more recent building of support for a pre-born victims of crime law. These both will receive attention at the National March for Life in Ottawa.

Canada has a long ways to go in regards to implementing abortion regulations which are already in place in all other democratic nations. The virtue of perseverance is something we pray for daily as we work to advance pre-born human rights both federally and provincially.

The March for Life is an opportunity to respond to the call of Proverbs 24:

“Rescue those being led away to death; hold back those staggering toward the slaughter. If you say, “But we knew nothing about this,” does not he who weighs the heart perceive it? Does not he who guards your life know it? Will he not repay each person according to what he has done?”

We know what abortion is and what it does. For those Christians who are hesitant to join in peaceful protest – or even militantly opposed – it must be said that God is not simply suggesting that we get involved, he is ordering us to do something! If not, we risk serious consequences. Let your March for Life experience be a springboard to year-round activism as, in God’s strength, we do everything possible to protect all those created in His image.