Early in 2019, New York made headlines after passing their “Reproductive Health Act”, effectively eliminating all protections for pre-born children in that state. Even many who consider themselves pro-choice were upset at the idea of aborting a healthy pre-born baby past the point of viability.

Many in Canada were surprised by the acceptance of the law in New York, but, in a video from the Christian Association of Pregnancy Support Services (CAPPS), Dr. Laura Lewis points out that it makes New York no different from Canada. With no abortion law in Canada’s criminal code, viable babies can be aborted at any point if a doctor is found willing to do it. 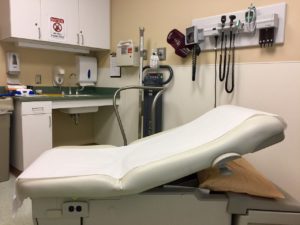 It is important to note, in the context of late-term abortion, that there is no medical reason to abort a baby in the third trimester to save the life of the mother. If health concerns arose, the baby could be delivered prematurely and cared for in the best way possible, a much different approach than deliberately killing the baby in the womb.

Dr. Lewis also stresses the caution needed in assuming the value of a human life based on a prenatal diagnosis. These diagnoses, which generally come to light later in pregnancy, are often the reason cited for choosing late-term abortion. This vastly underestimates the contributions and lives of those with disabilities, as well as ignoring the high rate of inaccurate diagnoses.

Canadians should never look at New York and feel superior. We set the example they chose to follow, of complete disregard for human life in the womb. There is no good reason for this disregard there, and no good reason for it here. That is why we continue working to change hearts and minds on the value of human life in its earliest stages, and to impress on our elected leaders their responsibility to defend children in the womb.

Read our position paper on why abortion is never medically necessary, and should never be considered health care.