October 18 marks Canada’s annual Person’s Day – a day recognizing the historic case less than 100 years ago when Canadian women were officially recognized as “persons” under the law.

Canada’s early laws used “persons” when referring to more than one person and “he” when referring to one person. It was treated as though these statutes were referring only to men, even when they used the term “persons”. This included the statute requiring senators to be “qualified persons”, which prevented women from being appointed to the Senate.

In 1927, five women launched a legal challenge that the Supreme Court rejected, deciding that women were not included as “persons” under that law. The women did not give up. They took their case to what was then Canada’s highest court of appeal, in Great Britain. The appeal was accepted and resulted in women being officially eligible for Senate appointments in 1929. This was a significant shift in the involvement of women in public and political life in Canada.

It resulted in the famous headline “Women are persons”: 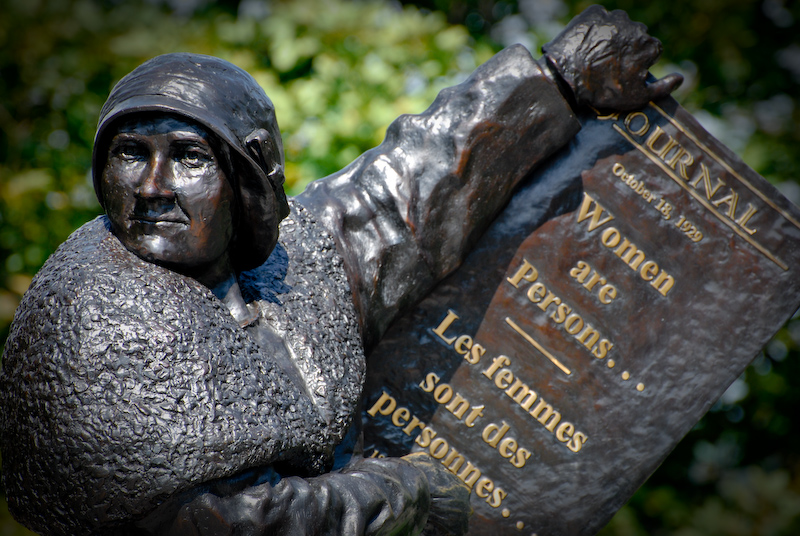 Throughout history, the idea of a human being not being counted as person under the law has been used to deny basic human rights to groups such as slaves, Jews, and other minority groups. Today this argument is used to justify abortion and deny pre-born children the right to life.

Person’s Day is worth noting and celebrating for the gain it made for women. It is also proof that a country can recognize and right an injustice, and gives us hope for a future Person’s Day when pre-born children will be recognized as persons deserving of legal rights.

Tagged: Canada,human rights,Person's Day,women are persons, Thoughts or Feedback? We’d love to hear from you!