One Child Nation is available on Prime 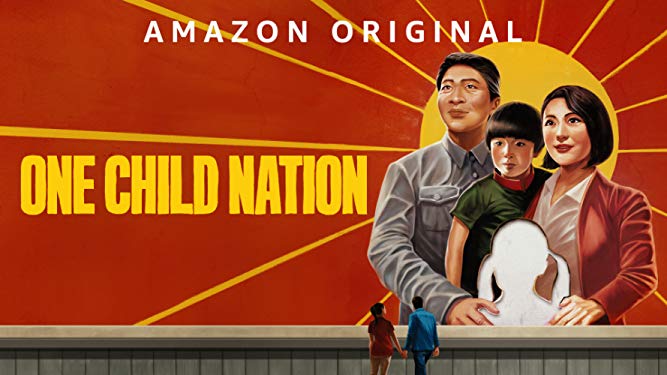 One Child Nation is a documentary narrated by Nanfu Wang, a filmmaker from China seeking to understand the infamous one-child policy she grew up with. It is a personal issue for Nanfu. Her name means “man pillar” as her parents wanted a son, but when they had a girl still hoped that she would grow up strong like a man. Her parents later had the desired son – something Nanfu grew up ashamed of. None of her friends had siblings. She felt like her family had done something wrong.

The documentary reveals the world Nanfu grew up in – a world immersed in propaganda praising the one-child policy. This propaganda included the promise that fewer children would lead to prosperity, the fear of overpopulation, and even the horrifying vision of China descending into cannibalism. This propaganda was internalized by the culture. Some disliked the harsh enforcement it allowed – which included forced abortions or sterilization, high fines, and destruction of homes if they failed to pay – but many people Nanfu interviewed still argue in favor of the policy.

The blind belief in dramatic horror stories used to justify human rights violations will sound familiar to those active in the pro-life movement. “If you have more than one child, we will all become cannibals” is not that dissimilar of an argument from, “If we don’t allow abortions, we will have too many poor people.” Both premises are questionable, and the cure seems just as, if not more, atrocious than the problem.

One of the most powerful elements of this documentary is that Nanfu shows the devastation of the one-child policy. She shows the victims – the young children who lost their lives, either abandoned or killed. The victims are not hypothetical ideas, or abstract statistics. Everyone from parents who abandoned their child to avoid being stuck with a girl, to family planning officers who carried out the policy all shrugged and said they had to go along with the policy. The documentary shows the real cost of indifference toward human life.

There is a line near the end of the documentary that will comes across as jarring, as it goes from critiquing China’s propaganda to supporting our culture’s pro-abortion propaganda. But I hope that the reality shown in the rest of the documentary will be the lasting impact. My hope is that viewers will take pause at the cost of turning a blind eye to human rights violations, will question what propaganda is being propagated in our own culture, and will consider the cost of indifference in being complicit in the atrocities of our time.

Tagged: abortion,activism,documentary,one child nation,propaganda, Thoughts or Feedback? We’d love to hear from you!