Joyce Arthur, the Executive Director of the Abortion Rights Coalition of Canada, gave us another indication that we are winning. Our efforts to shift the Overton Window in favour of legal protection for pre-born humans are paying off. In a lengthy diatribe Arthur laments the manner in which the abortion rabble is being treated by the press. She criticizes the mainstream media for their coverage of the death of Dr. Henry Morgentaler as being too “balanced.” In her opinion it gives too much credibility to today’s young, energetic and smart pro-life movement. 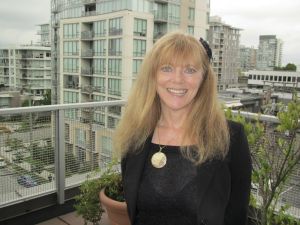 Interspersed throughout her rant Arthur says things like, “Apparently, the media thinks that [the anti-choice] view has some kind of legitimacy and must be presented against the pro-choice view in the name of ‘balance’,” and, “The mainstream media continues to give space to these fanatics.” Later on in her lament she outs Jonathan Kay of the National Post by referring to one of his articles as “repellant libel” filled with “hateful comments.”

The death of Dr. Henry Morgentaler last week brought about an increase in media attention on abortion. This is to be expected: the man was single-handedly responsible for reversing Canada’s laws protecting pre-born children. The emerging stories naturally focussed on Morgentaler’s life and legacy but they also gave reason for Canadians to reflect on the status quo: 100,000 pre-born children are legally aborted every year for any reason through all nine months of pregnancy.

For those not yet aware that there is a vigourous debate going on regarding pre-born human rights and Canada’s extreme stance among its international counterparts, observing the media coverage of Morgentaler’s passing would give a relatively objective picture of the current state of affairs. And it should. That’s what we expect from news agencies. They don’t make the news (although it could be argued they at times do); they report the news.

The fact is that Canadians’ knowledge of life prior to birth has greatly improved since the 70’s and 80’s when Morgentaler and the “Furious Feminists” were busy fooling us that a pre-born child was nothing more than a clump of cells. Abraham Lincoln once said, “You can fool all the people some of the time, and some of the people all the time, but you cannot fool all the people all the time.” Due to advances in science and medicine, less and less Canadians are being fooled by the empty pro-choice rhetoric that once held the day. For that reason it is entirely justifiable for the mainstream media to cover the rapidly expanding movement in Canada which is demanding changes in our laws regarding pre-born human rights.

Canada’s lack of abortion legislation is an injustice that, unlike Joyce Arthur, a majority of Canadians do not celebrate. The increased media attention given to abortion is commensurate with the growing groundswell of support for a recognition of the rights of children in the womb.

Taking our cue from Winston Churchill, who was more a statesman than a politician, we will “never, never, never give up” in our fight for justice for all human beings, no matter where they are located. The scales are tipping much to the chagrin of Joyce Arthur. As the Overton Window continues to shift there will be more and more media attention given to those on the winning side.