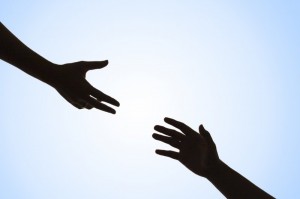 In Canada, we long for the day in which our lawmakers discuss pre-born human rights with as much openness as our neighbours to the south. It is not uncommon for United States politicians at all levels of government to put forward measures that restrict abortion and chip away at the status quo. Some policies become law, and some don’t. What is admirable is how they, as a nation, display the intestinal fortitude to deal with a sensitive and at times divisive topic.

So it was no surprise to learn earlier this year, that the United States Congress would be voting on a measure that would prohibit abortions in the United States after twenty weeks. The bill was put forward by Republican Trent Franks and was coined, “The Pain-Capable Unborn Child Protection Act”. It was based on evidence which suggests a fetus can feel pain at twenty weeks of development.Considering the bill came on the heels of the historic trial of abortion provider Kermit Gosnell, who was convicted of murder for providing illegal late-term abortions and cutting the spines of newborns that were born alive in his clinic, it was widely believed that Trent’s bill would receive enough support in Congress. House Speaker John Boehner said, “Listen, after this Kermit Gosnell trial and some of the horrific acts that were going on, the vast majority of the American people believe in the substance of this bill, and so do I.”

As was expected, the bill did pass 228-196, but not without some pro-lifers actively fighting against it. You see, in order for the bill to receive enough support there were exceptions for rape and incest added and this caused the ire of some pro-lifers. Georgia Right to Life, who acknowledge their position as being “all or nothing”, was most vocal about their displeasure with the bill. “If all aren’t protected, none our [sic] protected,” said Suzanne Ward of Georgia Right to Life.

In a well-worded rebuttal to Georgia Right to Life published at LifeNews.com, Josh Brahm points out that supporters of incremental legislation, “Value life, and we’re trying to save as much as we can, every step of the way.” Brahm responds with ‘Solomon-like’ wisdom to a question of whether or not it is more important to make an impact or a statement by likening the efforts of pro-life incrementalists to those of Hebrew mid-wives in ancient Bible times. Brahm is referring to the Israelites who were in captivity in Egypt and, due to their rapid growth in numbers, the Egyptian king had demanded the Hebrew mid-wives kill all baby boys as their mothers delivered them. Brahm says, “The midwives in Exodus 1 made an impact by saving as many babies as they could, and they are praised for it even though they didn’t make a statement. When the Pharaoh confronted them, they didn’t make a pro-life argument or statement; they lied about it so that they could continue saving some!” No accusations of compromise…only praise for doing everything possible in the face of ongoing tragedy!

Observing some of the dialogue surrounding Rep. Trent Franks’ bill brought to memory a quote from Canadian commentator, Jonathan Kay in an article he published shortly after the death of Dr. Henry Morgentaler. After giving a historic account of Dr. Morgentaler’s successful legal battles, he says, “In the end, Morgentaler didn’t defeat Canada’s socially conservative legislators. They defeated themselves.” He was referring of course to the efforts of some pro-lifers to prevent the passage of Bill C-43, put forward by then Prime Minister Brian Mulroney and the Progressive Conservatives. Bill C-43 was a response to R. v. Morgentaler (1988) in which the Supreme Court struck down Canada’s existing abortion legislation. In various components of the judgement, the Court referred to Parliament’s duty to enact new legislation with a view to protecting the rights of children in the womb. Bill C-43 died at the hands of a tie vote in the Senate and Canada has been without protections for our pre-born neighbours ever since.

In the two decades since, there has been little momentum from pro-life Canadians to advance abortion legislation. Thankfully this is changing. We have learned that politics requires prudence and saving some is better than saving none. The Overton Window is shifting and Canada is more and more aware that the status quo needs to change. Restrictions on abortion are possible. And as we see south of the border, passing some restrictions can lead to more and more, as hearts become softened to the need to protect all pre-born children.

More than ever before Canada’s pro-life movement recognizes the need to restrict the harm of abortion. We know that it benefits no one, least of all pre-born babies, to disparage fellow pro-lifers who may disagree; and so we will not. WeNeedaLAW.ca’s heart is to keep the focus off of organizations or political parties, which will come and go, and put it where it needs to be – our pre-born neighbours.