We’re humans. Being human means there are certain observable realities about us. In many debates some of the most basic realities of who and what we are seem to get lost in favor of a theoretical idea of what some would like us to be. But whether your philosophy likes it or not, we are humans.

This was my main take away after reading Erika Bachiochi’s article in the Harvard Journal of Law & Public Policy called “Embodied Equality: Debunking Equal Protection Arguments for Abortion Rights”. We are humans. And this has implications for how we approach abortion and gender equality. You can read the entire paper here. It’s written in an American legal context, but she highlights two human traits that have profound implications for abortion regardless of where you live.

But is biology unfair here? Do abortion restrictions place a burden on women that is not placed on men, limiting women’s ability to “define the content of their present and future lives”? Putting aside for the moment the way this denigrates motherhood as a future, this argument points out that, while men can walk away from the procreative act seemingly without consequence, women cannot. Therefore, women need abortion to even the playing field – to achieve gender equality.

But that argument assumes something about equality. To even the playing field it presumes “one sex as the standard for equality: the male sex.” But why are we using the male biology and experience as our ideal? Especially when doing so only perpetuates inequality, rather than addressing the real cause of it.

Bachiochi explains: “The legal availability of abortion has worked to detach men further from the potentialities of female sexuality, offering them the illusion that sex can finally be completely consequence-free. The trouble is that, for women, sex that results in pregnancy is fraught with consequence. Women must act affirmatively – and destructively – if they are to imitate male reproductive autonomy.”

Promoting abortion as the equalizer has not helped women. Rather, it elevates the male biology and discourages exploring solutions that might actually better women’s lives when they are facing unplanned pregnancies. In this context, for women to achieve equality they must undergo an invasive medical procedure and sacrifice their child’s life. 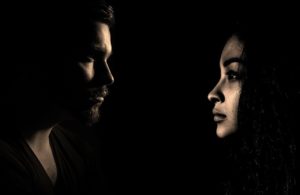 This brings us to the second observation by Bachiochi.

A pregnant woman is not in a bubble by herself. There is the child’s father. There are her parents, his parents, siblings, friends, coworkers, and the list goes on. The reality is that we are all a part of a relational community whether we realize it or not.

And when it comes to pregnancy, a child is inextricably physically and relationally linked to her mother.

We have no trouble recognizing this connection after a child is born. We acknowledge that parents have duties, legal duties, to at least provide their children the basic necessities of life and hopefully much more in terms of physical and relational needs. We don’t base this duty on the parent’s consenting to take on that duty, nor are they able to revoke consent on a whim. Rather, we recognize a child’s dependence on their parents as placing special obligations on the stronger party.

This is because humans are relational creatures. At our very core, and most starkly from our earliest moments of existence, we depend on those around us. And others rely on us. How do we treat these relationships? Are they extinguishable based on our choice? Or are they something to respect and value?

This is where Bachiochi gets into relational feminism which posits that we are “fundamentally embedded in relationships of interdependence.” This theory rejects the modern view of humans as radically autonomous individuals and argues that the interdependent relationships we have are not to be scorned, but respected. Quoting one feminist, she says: “We are born into some obligations, and some are born to us.”

Abortion ignores this relational reality. It ignores the fact that whether a mother chose it or not, she is relationally interconnected with her child. Abortion ruptures that connection with fatal consequence to the more dependent party. That is a tragedy. The fact that abortion restrictions act to protect the more dependent party is a good thing for both the child and the woman. Whether or not we always enjoy the relationships around us, we cannot ignore them.

In no way does Bachiochi suggest this is always easy for women. She points out that it “may not lessen the hardship of bearing yet another child, or a first child before one feels prepared.” But the alternative is to ignore that we are physical and relational humans. The pro-life movement is well versed in the cost of ignoring the pre-born child’s humanity. And there is most definitely a cost in ignoring women’s humanity.

Abortion might seem to make women more like men, but at the cost of her humanity. You cannot deny the female biology and the reality of the relational context around and within her without dire consequences.

But opening up to the reality of what it means to be a human – and what it means to be a woman – opens you up to all that this life has to offer. As Bachiochi describes, “In the experience of most women, pregnancy is a serious challenge, but one well worth the sacrifices made because of the profundity of the enterprise.”

We’re in the pro-life movement because we believe in human rights. HUMAN rights. Not hypothetical rights. Not ignore-what-it-means-to-be-human rights. But humans-with-bodies-and-relationships-rights. Human rights – with all the joy, the hardship, and the profound beauty that accompanies being a human. 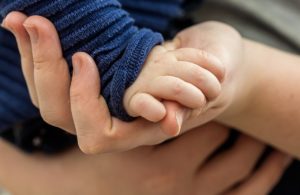 Tagged: abortion,community,equality,pro-life,Women's rights, Thoughts or Feedback? We’d love to hear from you!