On October 2nd, we had the privilege of standing with Jeff Durham, of the Molly Matters Campaign, in support of Canada introducing a Pre-born Victims of Crime Law. Jeff Durham was the boyfriend of Cassandra Kaake, who was murdered while eagerly awaiting the birth of their child, a child for whom Canadian law holds no justice. 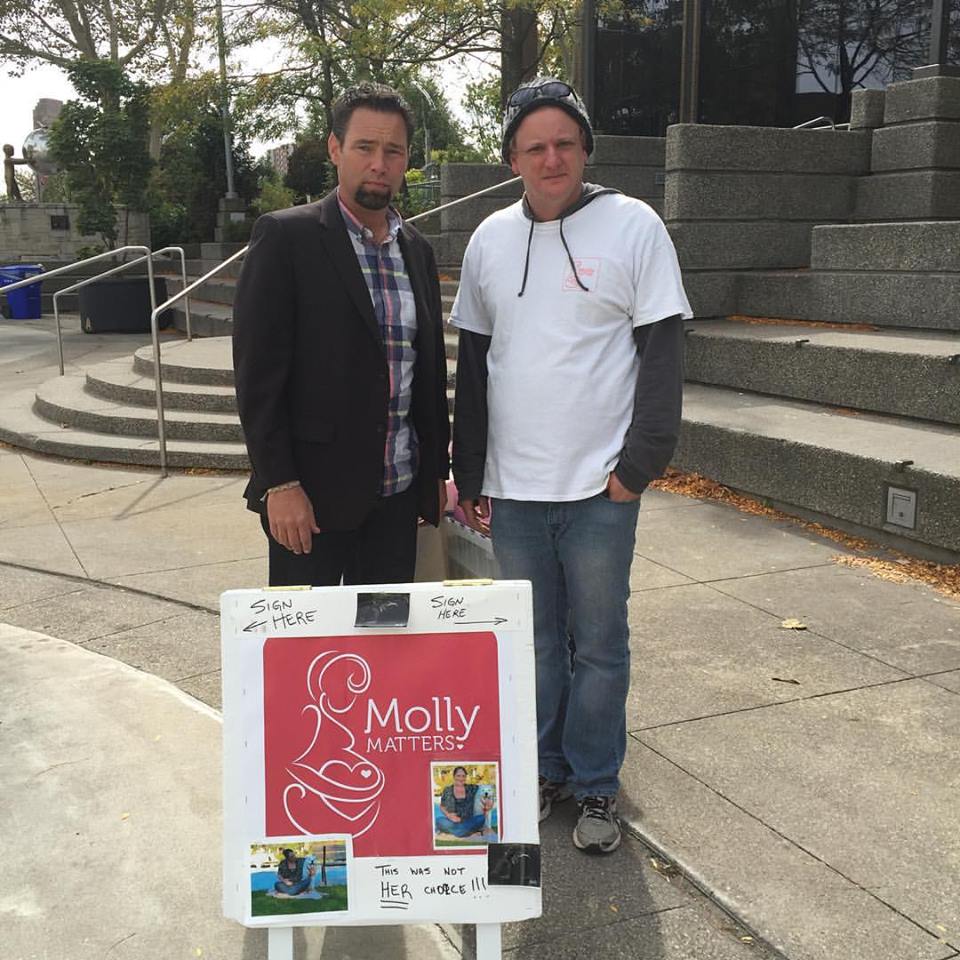 In the words of Durham:

…The Abortion Rights Coalition of Canada claims to be a “voice for choice,” but where are they now? Where are the ones that so ardently defend a woman’s right to choose? Should they not be standing up and screaming for Cassie? For a woman whose choice was violently and intentionally ripped away from her?”

You can read the rest of his emotional speech here.